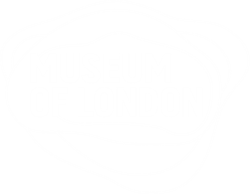 Magic Leap have raised over $2.3 billion in funding and are poised to shape the future of storytelling with their disruptive technology. They’re adding another dimension to computing where digital respects the physical. In this talk, Andy Lanning, Executive Creative Director, shares some of their work including their recent innovative partnerships with cultural institutions.

In this talk, Annette shares some of her early planning for the ROH Audience Labs, a new department that is experimenting with immersive technology to open up new experiences for audiences. Previously, Annette was a Creative Fellow of WIRED magazine and The Space, the guest artistic director of the Danish Inspiration Lab, and started her career as co-artistic director of interactive theatre company Coney. Annette has worked with diverse partners across sectors including Tate Britain, the United Kingdom Parliament, Ogilvy, WIRED Magazine, British Council, The National Theatre of Wales, SJ01 San Jose Biennale, Nesta, and several UK universities. She enjoys bringing together interdisciplinary teams that normally do not work together. Annette has worked with a wide range of specialists including artists, designers, theatre makers, academics, politicians, thinkers, futurists, creative technologists, AI experts, film makers, historians, curators, producers, advertising agencies, a magician and an astronaut.

A new era of technologies are changing the way we create and consume content. For digital content creators, the new possibilities for more tailored and personalised experiences in turn enhance interaction, understanding and engagement. So how do we learn from the best formats and models to apply to our organisation’s content assets? What innovative formats have been developed for engaging users with knowledge-based, educational or cultural content, and what are some of the creative processes involved in devising these? This session considers the ways in which users consume content digitally – their habits, timings and contexts – and how a range of digital creatives have responded.

Many companies struggle to get the right balance between structured efficiency and entrepreneurial flexibility. Publicly-funded organisations often feel an extra pressure to spend every penny wisely and this can sometimes impact speed of response or their ability to seize new opportunities. True innovation and transformative ideas come through taking calculated risks and allowing for failure. This session explores how to do this responsibly and effectively.

INNOVATION THROUGH AGGREGATION: WORKING TOGETHER TO CREATE CULTURE MILE END_OF_DOCUMENT_TOKEN_TO_BE_REPLACED

In this keynote, Eric Nuzum reveals some of the creative approaches he’s used at NPR and Audible to devise innovative and popular new podcast formats. In particular, how they target formats for different audiences, considering opportunities for packaging the content assets of institutions in new, lateral ways. The goal is to better understand the early creative process for designing innovative audio programming and formats that can reach beyond existing arts converts.

Local arts and culture provision has experienced dramatic cuts just as we’re beginning to better understand and articulate the value of it to local communities nationwide. This session looks at some of the very latest innovations in social arts interventions, highlighting successful strategies that are able to engage the hard-to-reach; uniting communities and driving arts-led regeneration as well as positioning artists at the forefront of social change.

In his keynote talk, Wayne will be exploring: what festivals can achieve in the context of current socio-economic challenges? What could the future of regional towns like Blackburn, Morecambe, Redcar or Darlington look like? What creative infrastructure is necessary to achieve this?

How can the infrastructure of our towns and cities better support creative innovation and disruptive new ideas? How do we join the dots between different parts of the creative industries including technology to facilitate new types of partnerships that could lead to new innovation. This session explores the opportunities and challenges of nurturing entrepreneurs with input from a range of experts from inside and outside the creative industries.