Magic Leap have raised over $2.3 billion in funding and are poised to shape the future of storytelling with their disruptive technology. They're adding another dimension to computing where digital respects the physical. In this talk, Andy Lanning, Executive Creative Director, shares some of their work including their recent innovative partnerships with cultural institutions. 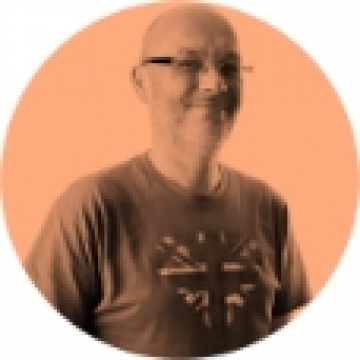 Andy Lanning is Executive Creative Director at Magic Leap Studios, having joined the company in 2012 as Comic World Ambassador. His work at Magic Leap covers everything from brand vision and partner relationships, creating original IP and working with creators to evolve new concepts for mixed reality experiences. Not too bad considering he signed up to create a comic book!

Prior to joining Magic Leap, Lanning is probably best known for his work writing Marvel's 'cosmic' characters: Nova, The Inhumans, and the Guardians of the Galaxy, which was made into the 2014 smash hit movie that spawned 2017’s even smashier hit sequel.

In a career spanning 25 years, his writing credits also include Rebooting DC’s The Legion of Superheroes, Resurrection Man, Superman/Batman and The Authority for DC Comics, The Punisher, Heroes for Hire and New Mutants for Marvel, Battlestar Galactica for Dynamite Comics, and the creator-owned title, Hypernaturals at BOOM! Comics.

Andy is also a celebrated inker, working with some of the biggest artists in comics and is best known for his work on Wonder Woman, The X-Men, The Amazing Spider-Man, Fantastic Four and The Secret Service comic series, which was made into the box office hit, The Kingsmen.

When he’s not creating new storyworlds and experiences for the future evolution of computing interface, he likes to watch movies, play soccer and write awkward biographies in the third person!