VR Storytelling and the Impact of Technology – New Frontiers at Sundance

As the largest film festival in the US, Sundance champions and curates independent stories for the stage and screen. New Frontier at Sundance Institute is a dynamic initiative created to identify and foster independent artists working at the convergence of film, art, media, live performance, music and technology. It provides the highest level of curation in the emerging field, incorporating fiction, non-fiction and hybrid projects to showcase VR storytelling, multi-media installations, performances and films. In this talk, Hussain considers the future of storytelling and the impact of technology on this, exploring how how digital is changing distribution and business models. 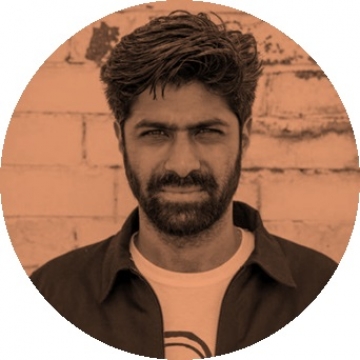 Hussain Currimbhoy is a documentary programmer for the Sundance Film Festival. Before joining Sundance, he was, from 2008 until 2014, the director of programming for the Sheffield Doc/Fest in the UK. Prior to that he worked in international fiction and documentary programming for some of Australia’s biggest festivals, including the Adelaide and Melbourne film festivals. Currimbhoy was born in Canada, and has spent time living and working in Australia, Japan, the Netherlands, and the UK. After graduating from the Victorian College of Art in 2002, he started RVO4, a touring short film festival, and found himself curating film programs for the Australian Centre for the Moving Image. He holds a BA in film from Curtin University, and has written and directed eight short films, many of which have played at international film festivals. Currimbhoy appears as a guest speaker at film festivals and film schools around the world, and has published several essays on film. He lives and works in Los Angeles.