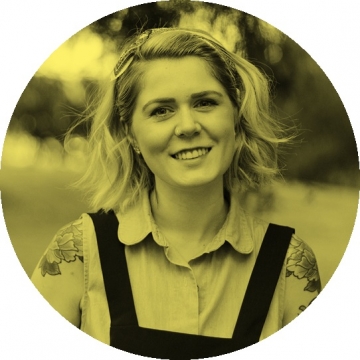 The Sydney Morning Herald named Ally Watson, 29, as one of Australia’s nine most influential female entrepreneurs of 2017. She’s a developer, computer science graduate and co-founder of Melbourne’s highly acclaimed Code Like a Girl.

Code Like a Girl is an Australian organisation set out to inspire new generations of girls to acquire coding as a skill through their workshops and events.

No one defies the computer science stereotype quite like Ally Watson with her charming Scottish accent, disarming wit and colourfully tattooed skin. Her unique and refreshing insights into the life of a female developer in a male-dominated industry allow for the delivery of thought-provoking and action-inspiring presentations that are deemed to spark positive change in the technology industry. 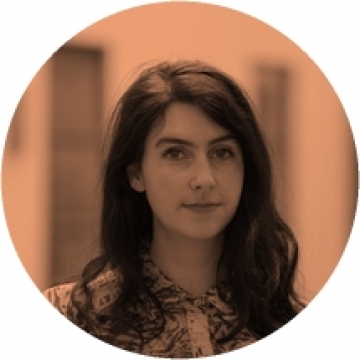 Katy is Head of Video at VICE AU/NZ —a global youth media company operating out of 30 countries globally, and industry leader in producing and distributing the best online video content in the world.

Katy oversees production of VICE Australia and New Zealand documentaries, which are distributed across the company's owned and operated channels. Her five year tenure with the company has lead her to produce work on a bizarre array of immersive stories across the globe (from professional eating in Nevada, to the billion dollar cockfighting industry in the Philippines). In 2017, she has supervise producedtwo new tentpole digital series for both Australia and New Zealand - ‘Australiana’ and ‘Zealandia’.

Katy also plays an integral role in VICE’s recently launched TV channel - VICELAND, which launched in Australia and New Zealand at the end of 2016. Globally, the channel is overseen by Oscar-winning writer/director Spike Jonze, a long-time VICE partner and creative director for the company. 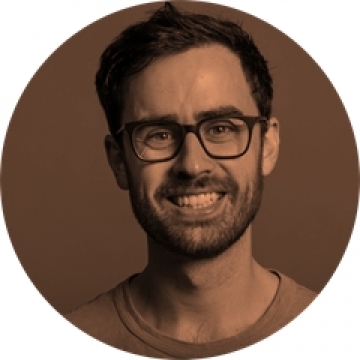 Jesse Cox currently manages original content for Audible.com.au. Prior to joining Audible Jesse worked for ABC RN, first helping to establish a new unit for creative audio and storytelling and most recently as the Features Editor overseeing documentary podcast production and scripted fiction development. He has produced a number of award winning programs and had a hand in creating numerous shows and podcast for the ABC, most recently This is About and as Executive Producer of Trace.

Jesse has been working across the arts, storytelling and radio for over a decade. He helped established the long running community radio documentary show All the Best for FBi Radio, created the critically acclaimed Wael Zuaiter Unknown, a performance work blending documentary theatre, radio storytelling and the graphic novel, and co-created and produced the geo-locative smartphone app Ghosts of Biloela – a fictional drama set on Cockatoo island inspired by the real-life Biloela Reformatory and Industrial School for Girls from 1871 to 1888, which was shortlisted for the NSW Premiers History Award. 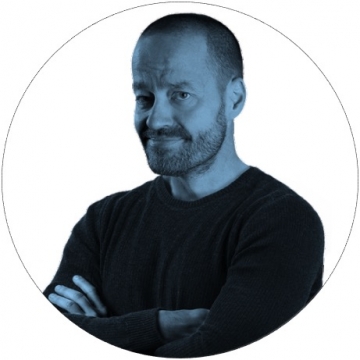 Adam Spencer has been a breakfast radio announcer on Triple J and ABC Sydney, tv personality on everything from comedies Good News Week and The Glasshouse to weekly sports wrap the Back Page and is a member of the Sleek Geeks Science Team with Dr Karl Kruszelnicki.

A lifelong numbers nerd Adam flitted with a law degree and a phd in pure maths before winning, of all things, a stand up comedy competition run by Triple J radio entitled raw comedy. This national search for as yet undiscovered talent continues today but as Adam explains I entered in its very first year - the standard was appalling - so I went really well.

Through this Adam met the good people at triple j and within a couple of years was hosting the breakfast radio show with his good friend Wil Anderson. After 6 years Adam and Wil called it a day. But a year later Adam was back on the grown up ABC Sydney radio station 702 where for 8 years he set ratings records and maintained second place in Australia's largest and most competitive market.

In December 2013 he called an end to 8 years of news, traffic, weather and chess results on what was without doubt the geekiest radio show Sydney had seen in a very long time, if ever.

Adam has complemented his radio career with numerous television roles hosting everything form the nation science show Quantum to poker championships, to appearing on the weekly sports review The Back Page and ABC news and current affairs wrap The Drum. His Sleek Geeks Science Comedy show with Dr Karl Kruszelnicki was a particular favourite of the public.

A passionate sports lover he is an ambassador for the Sydney Swans and in 2016 had the honour of being their Number 1 Ticket holder. Listeners to his radio shows know well that he coached a women's soccer team at the University of Sydney for over a decade.

He is the University's first ever ambassador for mathematics and science and is aligned with numerous charitable causes. He serves on the board of directors of Redkite, is an ambassador for the Fred Hollows Foundation and was a co-creator via his radio show of Dry July which has raised over $30 million for adult cancer services in Australian hospitals.

His two daughters love him but wish he wouldn't turn every conversation into an exploration of mathematics. And did you know, two is the only even prime number ...