Science & Technology as Cultural Expressions at The Shed NYC 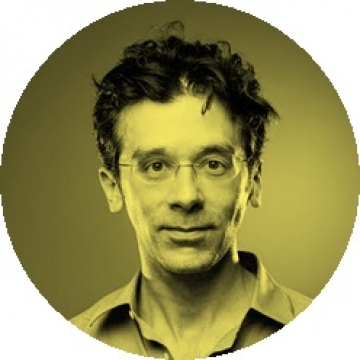 Kevin Slavin is the Chief Science and Technology Officer for the Shed. He was faculty and founder of the Playful Systems Group at the MIT Media Lab, where he remains a Research Affiliate, and has been a serial entrepreneur in the intersections of entertainment, games, data, and design. He was the co-founder of Area/Code, pioneers in location-based and second-screen entertainment, acquired by Zynga in 2011, and advises various NYC tech startups.

As an entrepreneur, Kevin Slavin has successfully integrated digital media, game development, technology, and design. He is a pioneer in rethinking game design and development around new technologies (like GPS) and new platforms (like Facebook). In 2005 he co-founded Area/Code (acquired by Zynga in 2011), where he developed large-scale, real-world games using mobile, pervasive, and location-aware technologies. This included work for major companies, including Nokia, Nike, and Puma, and also for media giants, including MTV, A&E, the Discovery Channel, CBSl, and Disney. He co-founded AFK Labs in 2008, designing next-generation responsive environments, including one for what was then the largest and densest sensor mesh on the planet.

Slavin argues that we’re living in a world designed for–and increasingly controlled by–algorithms. His very popular TED talk, “How Algorithms Shape Our World,” has received over 2 million views. He frequently delivers keynote addresses and has spoken at international venues such as the Royal Society of Art, Aspen Institute, BBC, and MIP/Cannes.

Slavin has taught at NYU’s ITP, the Cooper Union, and Fabrica, and has worked as a creative director and strategic planner in advertising agencies, including DDB and TBWA\Chiat\Day. He is currently working on producing a TV show for network broadcast. As an artist, his public, city-scale work has been exhibited in Frankfurt’s Museum fuer Moderne Kunst and the Design Museum of London. He has been written about in The New York Times, The Wall Street Journal, BusinessWeek, Wired, and Fast Company. He received his BFA from the Cooper Union.