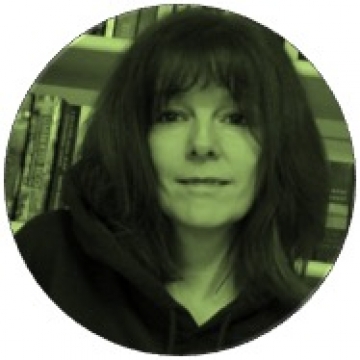 Deborah is changing the way we tell and experience stories. She is the Head of Creative Programming at Historic Royal Palaces (inc. Tower of London, Kew Palace, Hampton Court Palace and Kensington Palace), where she is responsible for artistic interventions, performances and new forms of creative interpretation at the historic, iconic royal palaces of London.

In this latter role, Deborah has been responsible for bringing together the team to execute ‘Blood Swept Lands and Seas of Red’, from a concept from ceramicist Paul Cummins seen by an estimated 5 million people.  His idea was to ‘plant’ the moat at the Tower of London with ceramic poppies, one poppy for each of the 888,246 British soldiers lost during the 1914-18 war. The Poppies installation won over a dozen national awards, including the Sky South Bank Award for Visual Art. She was named one of the UK’s top ten most influential creatives in art and design in the Hospital Club’s h.Club 100 Awards

HRP are pushing the boundaries around using technology to create new forms of story-telling such as the award winning 'Lost Palace' experience an interactive exploration of Whitehall Palace’s spaces and stories…300 years after they burnt to the ground. The project uses haptic technology and 3D binaural sound to lead visitors on a augmented journey through British history.

Historic Royal Palaces looks after the Tower of London, Hampton Court Palace, the Banqueting House, Kensington Palace, Kew Palace and Hillsborough Castle. Their aim is to help everyone explore the story of how monarchs and people have shaped society, in some of the greatest palaces ever built.

Each of the six royal palaces in their care has survived for hundreds of years. They have witnessed peace and prosperity and splendid periods of building and expansion, but they also share stories of more turbulent times, of war and domestic strife, politics and revolution. www.hrp.org.uk