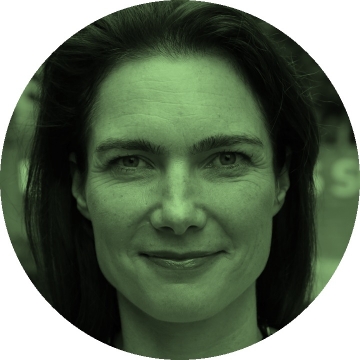 Ann is a Partnerships and External Relations Executive focused on building Australia’s Innovation and Entrepreneurial communities.

In her current role as Deputy Director Partnership and Engagement with the University of Technology Sydney (UTS), Ann champions entrepreneurial education and empowers students to take on and create the jobs of the future. Her work focuses on partnering with external organisations to generate greater innovation outcomes for both brands. UTS collaborates with industry, government and community partners to tackle challenges, explore possibilities and achieve sustainable solutions.

She has led marketing and communication strategy for world leading brands including Loreal, Macquarie University, ESCP Europe Business School and the Robert Bosch Foundation. Originally from Germany, Ann is multi-lingual and prior to making Sydney home, she worked in Europe, Latin America and Africa.

Ann is passionate about encouraging and supporting adventurous careers and helping others to live their passion. Navigating several continents and countries across various Partnerships, Business Development and Marketing positions across the Higher Education and FMCG sector, she has expertise working across diverse, intercultural and cross-functional stakeholders. Ann believes that diverse teams with transdisciplinary skill sets unleash creativity and new ideas. 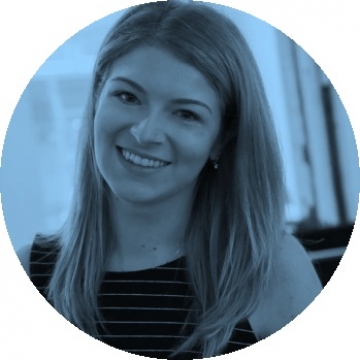 Kristyn Wuebbolt, founder of Monda, holds an MBA in entrepreneurship and has 8 years of experience working for startups in marketing and sales across retail, hospitality and real estate. Kristyn has worked internationally in Australia, Canada and China. Kristyn’s niche knowledge and love for the travel retail industry led her to found Monda, a collection of collectable travel lapel pins designed for explorers of the world. For Kristyn, Monda is about celebrating the amazing people and places of the world. This year has been a busy year for Monda, who was 1 of 10 startups accepted into the UTS Startup Sprint Accelerator program and also won the Gilbert & Tobin Venture Day Award. 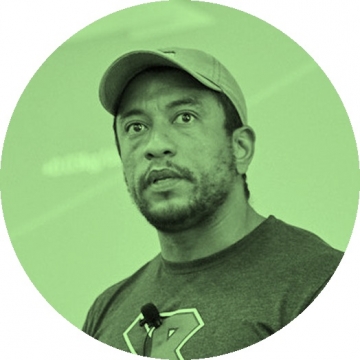 Tim Cochran is a technologist turned creator turned founder. After spending nearly 20 years in various technical, leadership and commercial roles in the Information Technology sector, Tim decided to shift gears and apply his learnings from school and corporate life to his own entrepreneurial venture. Now on his second startup, Qorsi, Tim leverages digital design to broaden access to the world’s best learning opportunities. As a recent graduate of UTS’s MBA in Entrepreneurship program, Tim and his team of amazing creatives run Qorsi out of UTS Startups. He also holds a Masters of Science in Information Technology Management and a Bachelors of Science in Computer Science. 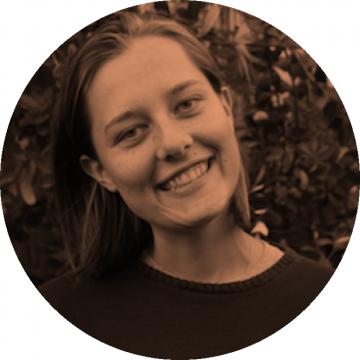 Currently working as an animation and editing freelancer after graduating from the UTS Animal Logic Academy, she is passionate about storytelling and interactive media. 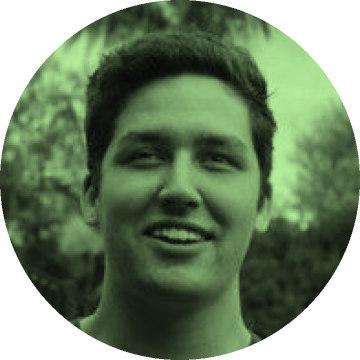 A former graduate from the UTS Animal Logic Academy, now working as a real-time developer and Pipeline TD with the Academy. Has a passion for graphics, maths, and creating connected experiences with new technologies. 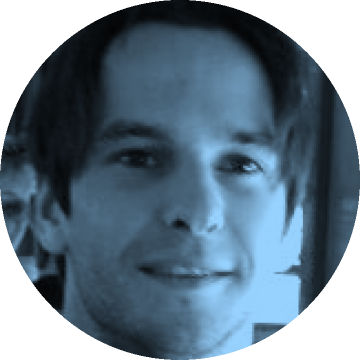 Illia is a Senior Software Developer with almost a decade of experience, working at WiseTech Global supporting different teams on a variety of projects, grasping a wide range of professional skills in the software development space.

As an artist at heart, Illia has always been seeking opportunities to express himself through digital mediums, which led him to study at the UTS Animal Logic Academy.

Graduating from UTS ALA, Illia landed a job as a Technical Artist at MOD productions.

Illia is motivated and inspired to keep pursuing his dream to launch his own studio as an indie game developer. 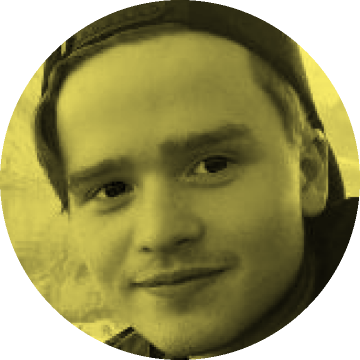 Jason is Technical Composer and Sound Designer for film and Interactive media, specialising in immersive and spatial audio for games, VR and AR projects.

Jason was approached by UTS Animal Logic Academy to join their studio as one of three sound interns in the role of lead composer.

After the internship he has participated in multiple freelance gigs and continues to pursue his dream of pushing the boundaries of interactive audio for immersive entertainment. 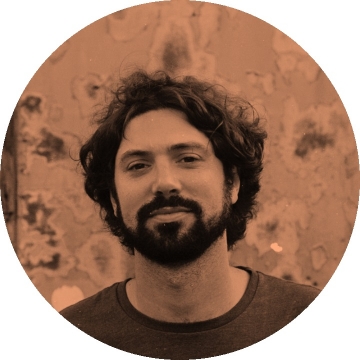 CEO of AirSticks, instrument inventor and audio-visual virtual percussionist - 'Man, body, music, and light as one…'

Alon Ilsar is an Australian drummer, composer, sound designer and instrument designer. He is co-designer of a new interface for electronic percussionists called the AirSticks, using the instrument on ABC TV, Triple J and at Sydney Vivid Festival and NYC's MET Museum in projects such as Tuka (from Thundamentals), Sandy Evans’ ‘Rockpool,’ Ellen Kirkwood’s ‘[A]part‘, Kirin J Callinan, Kind of Silence (UK), Trigger Happy and The Sticks.

Alon has completed a PhD in instrument design through the University of Technology, Sydney’s Creativity and Cognition Studios, under the supervision of Andrew Johnston. In 2016, he completed a one-year artist residency at Brooklyn College’s PIMA in New York working on new collaborations with musicians, visual artists and dancers such as Trevor Dunn, David Grubbs, Jim Black, Briggan Krauss, Kyle Sanna, Dana Lyn and Hannah Cohen of Neshamah Dance Company.

Alon is also the CEO of the start up AirSticks - Winners of the Most Original Start Up at UTS's Start Ups Awards 2018. 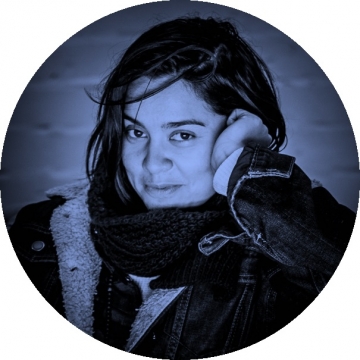 Simone is an internationally exhibiting contemporary installation artist. At the core of her work is the simple idea of capturing audience imagination and bringing people together in public spaces. Simone is principal of the design studio amigo and amigo, cofounder of the environmental group PlasticWise InnerWest and on the organisational board of independent art space Join The Dots. Also currently completing an Artist in Residencey at Sphere, whilst producing with her team two all new works Trumpet Flowers for Vivid Sydney and Song Cloud for New Zealand Art Festival.

For the past 5 years Simone has led amigo and amigo to exhibit internationally across, Asia, Europe, South America and the Middle East. Her expertise in lighting design and sculptural form has created connections for collaboration with some of Australia’s leading creatives. Interactions which have further informed her development and desire to explore beyond lighting and deeper into areas of sensory experience. The stories of Simones works continue to grow in complexity and sophistication as she further enriches her palette with the inclusion of local musicians, researchers and sensory artists.

Always scared she's not learning enough, Simone is excited to be part of this opportunity to share ideas about creative leadership, the relationship between creative process and running a small business. 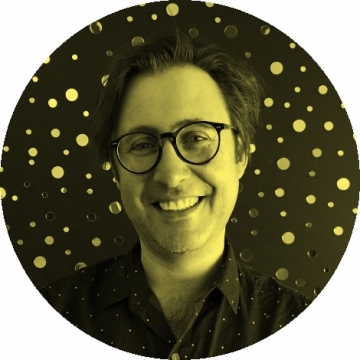 Viveka Weiley is an inventor, a 20-year pioneer of virtual and augmented reality, and a builder of powerful creative communities. Previously Creative Director of R&D at the ABC and a researcher at the UTS Creativity and Cognition Studios he is now Head of New Things at CHOICE, where he leads an award-winning team of designers and technologists to invent the future of fair, just and safe markets.

Viveka enjoys designing socio-technical systems, especially for startups powered by advances in computer graphics, interactivity and knowledge systems. In 2002 he led the company that delivered the first fully detailed 3D earth over the web. He co-founded SIGGRAPH Asia, a major international conference on computer graphics and interactive techniques. At the ABC he co-authored the Innovation and Experimentation Strategy and broke silos to launch rule-breaking initiatives. His team at CHOICE has shipped numerous in-market experiments in new approaches to their mission, and discovered a new business model that is growing rapidly and transforming the organisation.

Viveka publishes and speaks internationally on the topic of collaborative creativity and innovation, and how to support creative teams by providing them with the optimum environment for collaboration. But there's always more to learn, and that's why he's here at Remix.