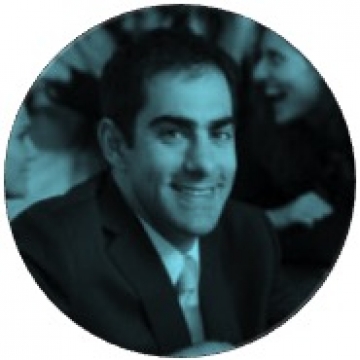 Brett Wigdortz OBE is an education pioneer. He is currently co-founder & CEO of tiney.co, a digital start up that is a B-Corp working to become the dominant UK and then global childcare at-home marketplace, creating a third early years vertical that blends the advantages and convenience of nurseries with the benefits of at-home settings. He was also recently appointed by HM the Queen to Chair the National Citizen Service Trust.

Brett previously founded and led the UK’s Teach First from its launch in July, 2002 and for the next 15 years helped build it into the country’s leading movement to tackle education inequality. He started Teach First after working as a management consultant at McKinsey & Company in Jakarta, Singapore and London.

Teach First has become one of country’s most successful charities. Among its achievements are: becoming the UK’s largest graduate recruiter, running an accredited world class teacher training program, and supporting more than one million children in classrooms across England and Wales.

Wigdortz is the author of Success Against the Odds, a candid account of the first ten years of Teach First. The book was named WHSmith’s Business Book of the month.

He was awarded an OBE (Officer of the Most Excellent Order of the British Empire) in the 2013 Queen’s New Year’s Honor’s list for Services to Education. He has also won numerous awards over the past 15 years, including Charity Times UK Charity CEO of the Year, Ernst & Young UK Social Entrepreneur of the Year, the Evening Standards' 1,000 Most Influential Londoners for seven years in a row and Debrett’s 500 Most Influential Britons for six years in a row.

Wigdortz is Co-Founder and Trustee of Teach For All, a network of more than 45 Teach First partner programs all over the world. He has supported entrepreneurs in over 40 countries to develop these social change movements. He became the vice chair of the UK Holocaust Memorial Foundation Education Advisory Group in 2015 and joined the Varkey Foundation Teacher Alliance of worldwide educational experts in March 2016.