Time Out Group CEO Julio Bruno talks about the successful transformation of the iconic brand: Since Time Out started with a magazine in London in 1968, it has been dedicated to helping people go out better. Today, Time Out writes about the best things to do in 327 cities in 58 countries - and while the magazine is alive and well (not just in London but in many other cities around the world), there are now also websites, social channels and Time Out Markets. At the heart of everything continues to be what Time Out does better than anyone else: curating the best of the city. 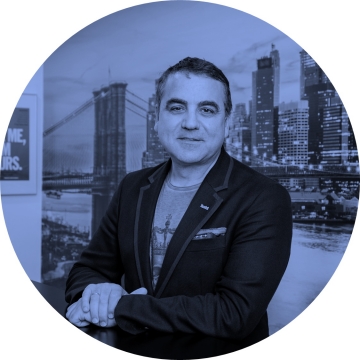 Mr Bruno joined Time Out Group in October 2015 as Executive Chairman and was appointed Group CEO in June 2016 when he took the company public on London’s AIM. Time Out Group is a global media and leisure business that helps people explore and experience the best of the city through its two divisions - Time Out Media and Time Out Market.

Mr Bruno has a successful international executive career, spanning several countries and companies in sectors such as travel, technology, media and e-commerce. He previously was TripAdvisor’s Global Vice President of Sales (B2B) based in New York, Travelport’s Vice President for Canada, Latin America & the Caribbean and Cendant Corporation’s Managing Director (President) of Continental Europe & South America. Prior to this, Mr Bruno held senior international positions at Regus plc, Energizer and Diageo plc. He is involved with the start-up community as an investor and board adviser in various companies globally. Mr Bruno holds a BSc in Business Management and Economics from SUNY (State University of New York), a master’s degree in International Business from the University of London Birbeck, and a postgraduate certificate in leadership from Wharton, University of Pennsylvania.