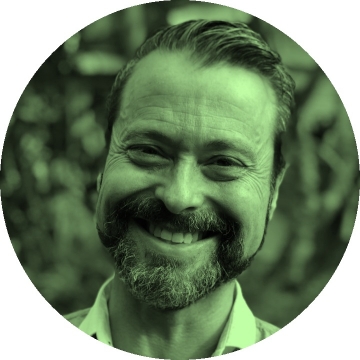 Ken Crouch is the CEO of Screenworks, a registered charity that provides screen-related development and networking opportunities, programs and initiatives that support people living in regional, rural and remote Australia.

Under Ken’s leadership, Screenworks has strategically repositioned itself from being a local Northern Rivers focused screen organisation in 2014 to become a borderless screen industry service provider today delivering a greater diversity of programs, events and services that meet the changing needs of regional screen practitioners nationally.

By implementing innovative and forward-thinking business models, Screenworks has increased its revenue and its membership base by almost 300% and is now supporting regional practitioners in every state and territory.

Before moving to regional NSW, Ken was Business Operations Manager at Sydney New Year’s Eve (City of Sydney Council) for 7 years, where he managed the administration, programming and finances of the annual large-scale celebrations. This role incorporated managing the national television broadcast of multiple simultaneous events, in addition to edited highlight packages for national and international news agencies.

With a Bachelor of Dramatic Arts – Production from NIDA, Ken has extensive experience in strategic business & events planning, preparing funding applications and governance of arts organisations and government.