In Conversation with Meow Wolf 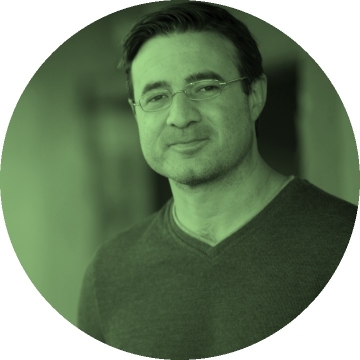 Meow Wolf are probably the most exciting creative entrepreneurs on the planet right now. Based in the US, they are a collective of over 100 artists creating immersive art experiences that transport audiences to fantastic realms. In 2017 they opened 'House of Eternal Return' consisting of 70+ “explorable worlds” in 20,000 sq ft former bowling alley in Santa Fe. The experience attracted 400,000 visitors in the first year alone (twice as many as the main museum in Sante Fe) and six million dollars in revenue. House of Eternal Return came in at Number 4 on Time Out's global list of experiences for 2018.

To create House of Eternal Return, Meow Wolf secured investors including Game of Thrones author George R.R. Martin who took out a lease on the bowling alley. New Mexico Economic Development Department are projecting a 440 jobs and $358 million in economic impact over the next decade from 'House of Eternal Return. They are not stopping there with the recently announcement of a new $50 million experience in Denver opening in 2020 which will be three times the size of House of Eternal Return. Further sites will also open in Las Vegas and Austin.

Their incredible story is about to hit the big screen in the US through the award winning documentary 'Origin Story' but this is your chance to hear it first hand from the the founder.

Vince Kadlubek is a Co-founder and the CEO of Meow Wolf, an art collective that has transformed into a remarkable, award winning Arts Production Company. After leading Meow Wolf to win the inaugural startup competition from Creative Startups, Kadlubek created the business plan for Meow Wolf’s House of Eternal Return and led the team towards its completion. Since opening, Kadlubek has continued being the force of vision for the company, thinking about radical ways to subvert current business paradigms while building integral systems that have been tried and true. Vince is most interested in co-creating alternative realities and bringing unique, indescribable, transformative immersive art experiences to the world.