In this keynote, Eric Nuzum reveals some of the creative approaches used by Audible for format development. In particular, how they target formats for different audiences, considering opportunities for packaging the content assets of institutions in new, lateral ways. The goal is to better understand the early creative process for designing innovative audio programming and formats that can reach beyond existing arts converts. 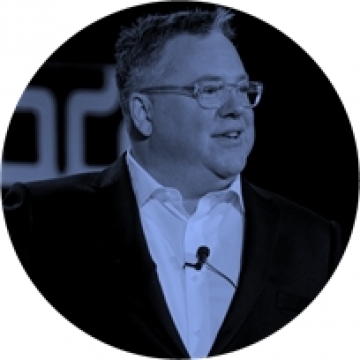 Eric Nuzum is a media consultant and creator of iconic podcasts. Over the past 12 years, he has made podcasts that routinely top the charts, appear in yearly “best of” lists, win awards, and generate hundreds of millions of downloads. He is considered a leading “go-to” creative strategist in audio, podcasting, radio, and spoken word entertainment who delivers fresh ideas, clear thinking, and innovative approaches to problem solving.

Eric started NPR’s podcasting efforts in 2005 and remained its leading creative and strategic force for the following decade, turning it into a massive source of audience and revenue. He brought programs like Fresh Air with Terry Gross, Snap Judgment, and Wait, Wait...Don’t Tell Me into the podcasting ecosystem and helped them become iconic hits. As a creator, he developed some of NPR’s most successful podcasts, such as TED Radio Hour, Ask Me Another, and Invisibilia. He continued his track record of success during his tenure as Audible’s leader for short-form content and podcasting, creating such recognized podcasts as Sincerely X (another co-production with TED), The Butterfly Effect with Jon Ronson, and Where Should We Begin? with Esther Perel. In 2018, Eric struck out on his own as a consultant and independent podcast maker.

Eric is currently writing the first published book on audio and podcasting creation, titled Think Like They Listen, for publication by Workman Publishing in 2019.