Creating a more Nuanced Portrait of a City 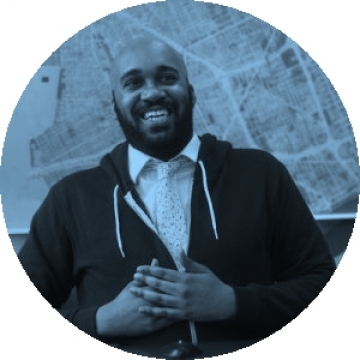 Aaron Foley is the chief storyteller for the City of Detroit, a newly appointed position created by Detroit Mayor Mike Duggan. As chief storyteller, Aaron manages a newly created news site, TheNeighborhoods.org, as well as executive produces video content for Channel 21, one of the City’s four cable channels — all with the goal of sharing stories of Detroiters across the city. Aaron is the editor of “The Detroit Neighborhood Guidebook” (August 2017) and “How to Live in Detroit Without Being a Jackass” (December 2015). Prior to joining the City of Detroit, Aaron was editor of BLAC Detroit Magazine and has freelanced for several national and local publications. He is a Detroit native and resident.