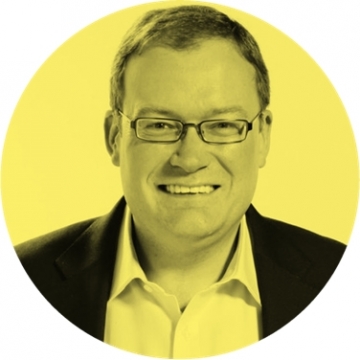 Darren is Chief Executive of Arts Council England. As well as leading Global’s Classic FM since 1999, Darren has been the author of two defining Government reviews into music and cultural education.

He has long been a champion of the importance of arts and culture in the lives of children and young people. From 2007 to 2010, he chaired the Music Manifesto, a government-backed national campaign to improve music education.

Darren is the author of twenty-seven books about music and the arts including, most recently, The Virtuous Circle: Why Creativity and Cultural Education Count, co-written with Sir John Sorrell and Paul Roberts. He received an OBE in 2013 for services to music.

The two independent reviews he carried out for the Department for Education and the Department for Culture, Media and Sport into music and cultural education were published in 2011 and 2012. They resulted in a range of new initiatives including England’s first National Plan for Music Education, a new network of Music Education Hubs, the Museums and Schools programme and the creation of the National Youth Dance Company.