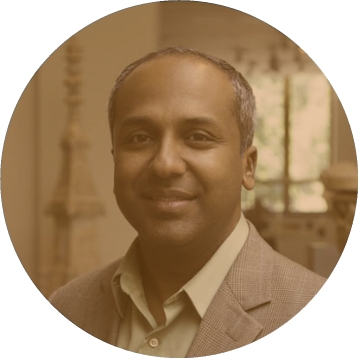 Sree Sreenivasan (@sree) is the first Chief Digital Officer at The Metropolitan Museum of Art. At the Met, he leads a 70-person world-class team on topics he loves: digital, social, mobile, video, apps, email, interactives, data and more. He joined the Met after spending 20+ years at Columbia University as full-time professor at Columbia Journalism School and a year as the university's first Chief Digital Officer.In 2009, he was named one of AdAge's 25 media people to follow on Twitter; in 2010 was named one of Poynter's 35 most influential people in social media; and in 2014, was named one of the most influential Chief Digital Officers by CDO Club. You can find him on Twitter at http://twitter.com/sree and and on the web at http://sree.net

The NYT recently wrote about the digital strategy of the Met and Sree, on the occasion of his first anniversary at the Museum: http://www.nytimes.com/2014/08/08/arts/design/museums-see-different-virtues-in-virtual-worlds.html?_r=0 And the Met's flagship iOS app just launched - http://metmuseum.org/app - and it was named a Best New App by Apple; a Must-Have App by DesignSponge; and an App of the Week by iLounge. BusinessInsider used the app to look at the Met's wider digital media strategy: http://www.businessinsider.com.au/digital-strategy-at-the-met-2014-9