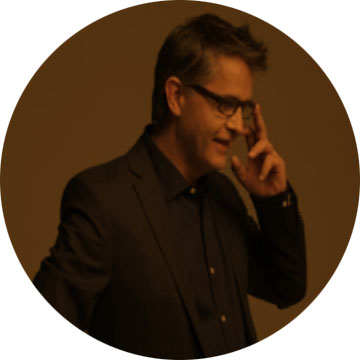 Peter is a recognised thought leader and practitioner in Innovation with a particular focus on digital innovation.

Although his professional training was as a Chartered Accountant Peter started working with internet technologies in 1993 while working in the UK and on his return to Australia in 1996 founded an eBusiness Consulting group within Deloitte Australia. Since that time Peter founded Deloitte Digital, a business pioneering the delivery of professional services online and is now one of the world’s largest web and mobile development firms.

One of Australia’s technology titans is here to help explain and map the new terrain. Peter is the obvious person to have led the newly formed Australian Chapter of Centre for the Edge, a Silicon Valley Applied Research Centre chaired by two technology luminaries John Hagel III and John Seely Brown with a mission to identify and explore emerging opportunities related to big shifts that aren’t yet on the senior management agenda, but ought to be. While it is focused on long-term trends and opportunities, it is equally focused on implications for near-term action, the day-to-day environment of executives.

Recently appointed as Chief Edge Officer, Peter grasped the implications of the internet as long ago as 1993 and has been engineering change ever since. As a sought after speaker and media commentator both locally and internationally and has worked with boards and senior executives of many companies helping them understand and adapt to the rapidly changing digital environment.

Peter was recently named as one of Australia’s top Digital Influences, Is Chairman of Deloitte’s Innovation Council, an Adjunct Professor at RMIT, Board Member of Deloitte Foundation and Circus OZ. Pete is also very active in the community and has assisted in Vic Bushfire relief, QLD floods, Christchurch Earthquake as well as actively undertakes student mentoring.

Peter is an Adjunct Professor at RMIT and a board member of Circus Oz.