The Domino Effect: New models for supporting artists (from funding that already exists…) 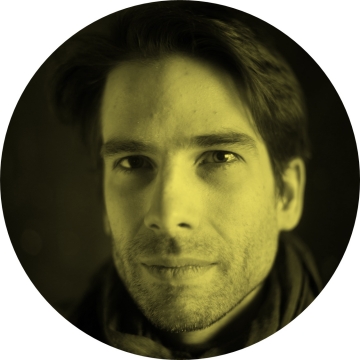 Founder and CEO of Zealous; a London-based startup matching creative talent with opportunities.

Guy has been published in Forbes and Metro, where he has advocated the importance of creativity in the UK economy. As well as speaking at TEDx, CreativeXPO and various UK universities, Guy also hosts panel talks covering key subjects such as the value of creativity, IP and copyright, attitudes to the digital landscape, PR and Marketing, Women in creativity and branding for artists.

In his spare time Guy takes stills photography (more notably for film/travel), won the Tate Modern Hackathon in partnership with Ai WeiWei, has written and directed a short film entitled Tech Support, and has featured (for 6 seconds) in a horror film Guy is a self-taught UI designer, an avid GWT/GAE and Java developer, as well as a supporter of the importance of creativity and code in schools.

Prior to Zealous, Guy co-founded Bright Creations, an IT Contracting Company in Cairo in 2006 after having fed his passion for finance by heading the quarterly FTSE reviews and streamlining processes for his team at the London Stock Exchange.

Guy has a first in MSc in Artificial Intelligence from Kings College London.