Stand for something, or, ethics ain’t easy 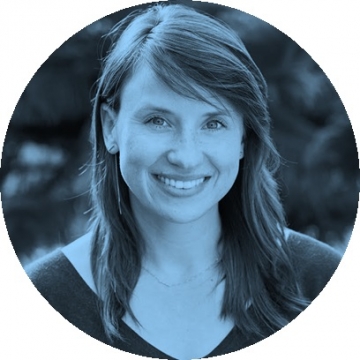 Emily Best is the founder and CEO of Seed&Spark, an entertainment platform built to increase diversity and inclusion for filmmakers and audiences. Seed&Spark combines the world's best crowdfunding platform for creators (independently verified) with subscription streaming for audiences. In 2011, Emily produced her first feature film, Like the Water, starring Caitlin FitzGerald (Masters of Sex, UnREAL). The challenges and opportunities of making that film that led to Seed&Spark.

Since then she has served as executive producer on a host of film and virtual reality projects that have played at festivals from Sundance to SXSW to Tribeca and beyond. Most recently she co-created the web series F*ck Yes!, which Refinery 29 called, The sex education you wish you had in high school. Emily was named a 2013 Indiewire Influencer, a 2014 New York Woman of Influence, was included on the 2015 Upstart 100 list, and graduated from the 2016 class of Techstars Boston. She has raised millions of dollars in traditional funding, equity crowdfunding, and rewards based crowdfunding, and contributed to over 300 crowdfunding campaigns to date.