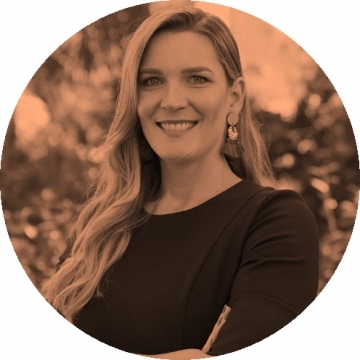 Vanessa Fuchs has established herself as one of Australia’s up and coming content makers and science communicators by revolutionising the profile of Australia’s oldest scientific institution, the Royal Botanic Garden Sydney. Plant stories are traditionally less interesting than animal stories, but Vanessa’s proven there’s an appetite for plant science and conservation through the new Branch Out podcast she hosts and produces for the Garden.

From creating hours of nature documentaries as a child growing up in Alligator Creek, Queensland to launching a successful podcast – Vanessa has always loved storytelling and the environment. Branch Out is the first podcast Vanessa has ever made and she drives the entire project to engage an international audience with entertaining content about the surprising world of plants. When Branch Out launched in May 2018 with episode 1 ‘No Plants No Medicine’ it reached number five in the Apple Podcasts Science and Medicine category and appeared in the lucrative featured section. Vanessa has produced fifteen episodes (and counting), Virgin Australia selected Branch Out to appear in their in-flight entertainment in November, 2018 and past episodes have organically generated stories in the Sydney Morning Herald, ABC Radio Sydney and Australian Geographic.

With fewer and fewer science journalists working for traditional media outlets, Vanessa’s contribution to science communication in Australia is extremely important. Her impact and achievements in the podcast space also got her shortlisted in the 2018 Mumbrella Next Awards in the Content Maker category. Between interviewing scientists and other experts for Branch Out episodes, Vanessa is also chipping away at a Master of Environmental Science at the University of Sydney to compliment her Bachelor of Journalism and Business (Advertising). 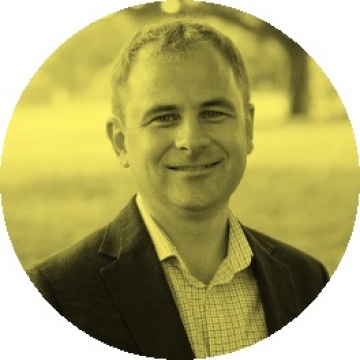 Growing up in remote outback Queensland, Daniel’s only contact with the outside world in the 1980s was ABC Radio and the “Channel 2 News” on the TV. This early indoctrination into the world of public broadcasting led Daniel to dream of one day becoming an ABC journalist.

But with a great face for radio, and a voice ideally suited for print, the ABC fatcats had other ideas, rejecting his application to become a cadet – in the very first round. Not that he’s bitter about it or anything…

Going on to work in communications for just shy of 20 years, Daniel was previously the National Media Manager for WWF-Australia – working on iconic international campaigns such as Fight for the Reef and Earth Hour. Before that, he was Public Affairs Manager with Transport for London – managing the reputation of some of the world’s most iconic transport brands such as London Underground and London Buses. He has also worked as a Senior Advisor to the Queensland Government, and as a sessional academic with Griffith University in PR and media.

Now, as Head of Communications for Sydney’s oldest scientific institution and number one major tourist attraction, each day brings new challenges and opportunities. With the decline of traditional media audiences, one of the opportunities for trusted institutions like the Royal Botanic Garden Sydney is to ditch the press release and use owned content channels to “become the news” (take that ABC!).

Over the past two years, Daniel has overseen a dramatic shift in how Australia’s oldest scientific institution communicates with its many audiences. Using a minimal budget, innovation and team upskilling, the Garden has moved to a digital-first self-publishing model, now breaking their own original stories online.

Branch Out, the Garden’s new 5 star rated podcast launched in May 2018, is produced, recorded and edited internally. It now has 15 episodes with over 25,400 listens from around the world and has been featured in traditional media. Meanwhile, coverage via traditional media is still being generated at record numbers – but with less reliance on media relations tactics.

Daniel’s main strategy for success as a manager is to build a team of people who can do the job better than he can. Despite his alleged digital nous, he still can’t work out how to use Instagram, and his number one source of news is still Channel 2 – every night at 7pm.