Peer-to-Peer Learning and the Next Chapter for High Line 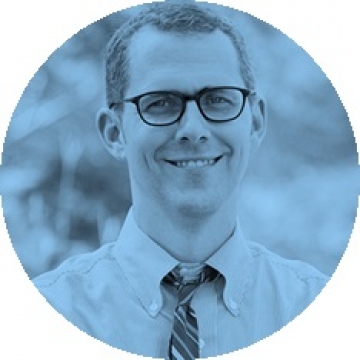 As a Co-Founder of the High Line Robert Hammond helped lead the effort to build an elevated park on an abandoned railway line in Manhattan that has become a globally significant tourist attraction with nearly 8 million annual visitors. Since opening in 2009, the High Line has become an icon of contemporary landscape architecture and the creators have been called the 'Steve Jobs of the planning world' by CNN.

The High Line is more than a park. It’s a public space where you can view art, walk through gardens, experience a performance, savour delicious food, or just connect with friends and neighbours—while enjoying a unique perspective of the city. The High Line has become a world-renowned inspiration for how cities can transform industrial infrastructure into beautiful, hybrid public spaces.

2019 will be a massive year for The High Line with the opening of 'The Spur', the last section of the High Line. This section will feature a large-scale plaza for public programming and art, areas for seating and gathering, and two oversized “tilted” planters that will feature a lush, immersive woodland environment. The spur runs through the huge Hudson Yards innovation precinct in New York connecting with The Shed, New York's new USD $400 million arts centre of the future.

The High Line is also big business - according to the the enhanced High Line will increase the New York's tax revenues by $250 million over 20 years due to increased real estate value. It has already stimulated $5 billion of new developments along the route.

With more than 7.6 million visitors annually, the High Line is one of New York City’s top destinations. It offers more than 400 free public programs each year and has presented works by more than 120 artists. Before the High Line, Hammond supported the launch of online businesses in the public health and travel commerce industries, and worked as a consultant for an array of organizations, including the Times Square Alliance, and Alliance for the Arts.

He has given a TED Talk and been awarded the Vincent Scully Prize (2013), the Rome Prize by the American Academy in Rome (2010), the Rockefeller Foundation’s Jane Jacobs Medal, along with David (2010), and an honorary doctorate from The New School (2012). Hammond is also a self-taught artist and served as an ex-officio member of the Metropolitan Museum of Art’s Board of Trustees.

Additionally, Hammond is a co-producer of the film Citizen Jane: Battle for the City, which premiered at the 2016 Toronto International Film Festival and was the opening-night selection for DOC NYC. Released via IFC in April 2017, the film chronicles a clash between mid-20th-century urban planning methods and chronicles how they relate to today’s urban renaissance.