Panel: Next Gen Tech – Beyond the Screen

A new era of technologies are changing the way we physically interact with the world around us, blurring the line between the physical and the digital. These post-web technologies such as iBeacons, Augmented Reality and Virtual Reality open up new possibilities for more tailored and personalised experiences and content, in turn enhancing interaction, understanding and engagement. So what are the implications and opportunities for the cultural and creative industries and the communities they serve? 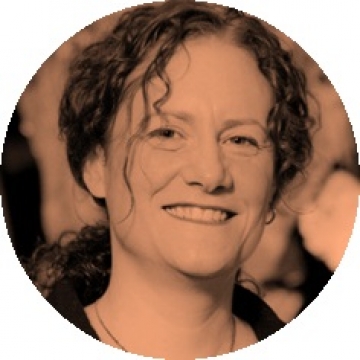 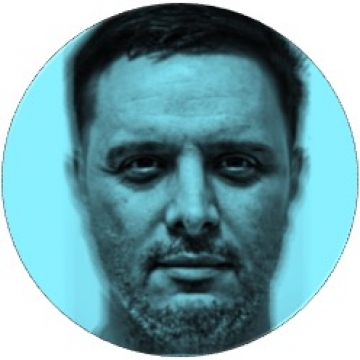 Steve brings almost 20 years of experience to Google from the world of digital, design and advertising. Some of the campaigns, platforms and hacks that he’s most recently been involved with include: Chrome Web Lab, a series of interactive experiments connected to the web live from the Science Museum in London, Jam with Chrome, a web based music platform that lets you play music live with your friends from anywhere, Super Sync Sports, where you can turn your mobile into a games controller and sync it with your computer to play games and Google Science Fair which invites youth to put their ideas forward to change the world. Other notable projects include: The World Wonders Project, which gives access to the world’s heritage sites through Street View, the launch of Google+, the Vs. g+ debates series featuring Richard Branson and Russell Brand and the YouTube Space Lab Channel and launch video which invited teens from all over the world to send their science experiments to space in partnership with NASA and judged by Stephen Hawking. To date it has received over 50 million channel views.

Previously he was one of the original partners and Creative Director at VCCP London. His approach is simple: to create famous work that gets talked about. Things that people will want to interact with and continue to do so with over time. Stuff that people chat about over a pint, communications with cultural currency. Campaigns that contribute to popular culture. Platforms that provide utility, content, entertainment and much more value to people’s lives than just a broadcast message. Stuff that gives back to society.

Steve was named the number 1 New Media Creative in Campaign’s 10 Hottest Digital Creatives of 2000 and 2009 as well as making their ‘A List’ in 2003, 2008 - 2010. In 2005, Steve made Campaign magazine’s ‘Top 15 digital creatives list’ being the only one from an ‘advertising’ agency as well as making Revolution’s 50 Power List in 2007. In 2008 he made their top ten. His industry accolades include his work on BMW as the first ever ‘e-ad’ to be chosen as Campaign Magazine’s Pick of the Week, and also the best interactive ad of the year along with his work being recognised by the D&AD, One Show's,Campaign Big Awards, BTA’s, The FWA, Clio's, Cannes Lions, the Casies, SF Show, Adweek's MC Icon, Revolution, New Media Age, London International Advertising, the Andy Awards and the Lotus Awards. Steve was also a key part of the hugely successful Comparethemeerkat.com that is sited as one of the most successful social media campaigns ever. Both the Book and iPhone app that were created for Comparethemeerkat.com have gone straight to number one. In December 2012 Steve was honoured to speak at TEDx in Athens about 'Making technology matter'.

Recently, Steve was the Digital Crafts foreman for the 2004 D&AD Awards as well as a judge for their 2010 integrated category, judged the 2005 One Show Awards and the IAB’s Creative Showcase and was the 2006 & 2010 Campaign Digital / Big Awards Chairman and a judge at the 2007-2010 Webby awards. In 2009/10 he judged the Annas, DADI and the Roses. In 2010 He judged the BTA’s / Arrows, Cristal and Golden Drums alongside some of the biggest names in advertising.

Steve has spoken at the IPA, IAB, Contagious, THINK, Shoot Magazine’s interactive TV Conference, Marketing Week 360º, AdTech, Yahoo! and Campaign's Digital Arts conference alongside Bob Geldof and John Hegarty. He’s also judged the Icon and Web Awards, has had his work featured in WIRED, The New York Times, Telegraph, Wall Street Journal, Creative Review, Huffington Post, FT, Design Week, Adage, written columns for Adweek, Marketing, Campaign, Revolution, New Media Age, Cre@te Magazine, and conducted television interviews with the BBC and CNBC Europe. In 2004 VCCP was named Effectiveness Agency of the Year and were the first agency in the IPA Effectiveness Awards history to have won a Grand Prix on its debut. IN 2009 VCCP was shortlisted for both agency and digital agency of the year by Campaign and won Marketing’s and Marketing Week’s 2010 agency of the year. 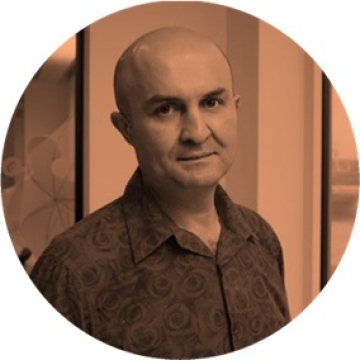 One of the industry’s hybrids, Omaid studied mathematics and got a job as a graphic designer on i-D magazine, before entering the agency world as a creative and then metamorphosing into a strategist. Having founded two agencies (Hubbard Hiwaizi McCann and Crayon) and transformed several planning departments, he has the most diverse mix of marketing expertise, gained on UK and global business across the widest range of marketing disciplines. He’s passionate about how creative technology can be used to transform how people engage with the world, with brands, and with each other. At Blippar he’s driving marketing globally, particularly to transform user numbers, inspire habitual usage and to make “to Blipp” the verb for sating curiosity. 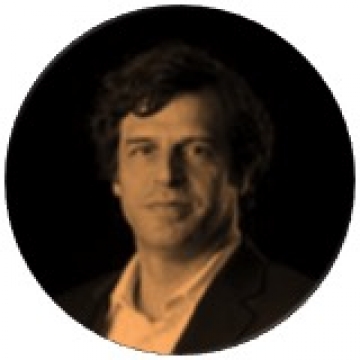 He worked at the BBC for 10 years before setting up Atlantic Productions in 1992. The company has now grown to include 3D, CGI, apps and VR.  His many international awards include multi BAFTA and Emmy Awards: Best Films at New York & Chicago film festivals, Time Magazine’s Best Programme of the year, RTS awards, a Special award for Innovation by the International Broadcasters Convention (IBC), best 3D awards at the Wildscreen and Jackson Hole film festivals and this year the Hollywood studios awarded him the Charles Wheatstone award for outstanding contribution for his work in 3D.

His many television films and series include: Directing and producing a series of multi-award winning popular BBC 1 films: Hirohito Behind The Myth (BBC/PBS); the EMMY-nominated Rise & Fall Of The Ceausescu’s (BBC/PBS ); The Faces Of Arafat (BBC/PBS) and Franco, Behind The Myth (BBC/A&E).

Other contemporary films include: BAFTA nominated Munich: Mossad’s Revenge (C4/Discovery); The War In Lebanon (BBC/CNN); the BAFTA-winning Last African Flying Boat (BBC/ABC), the twelve-part series The Real LAPD; the six-part The Real Miami Vice(Discovery/Channel 5) and the highly acclaimed BBC 2 four-part series Inside the Commons (BBC) which aired in February 2015.

He has been a leading innovator in digital technology,. Working in partnership with leading companies to build content for new digital platforms including award-winning apps (Kingdom of Plants & NHM Alive).  Currently he is developing content across new Virtual Reality (VR) platforms through Atlantic’s new venture Alchemy VR.

Anthony is a Fellow (by Special Election) of St Cross College, Oxford. 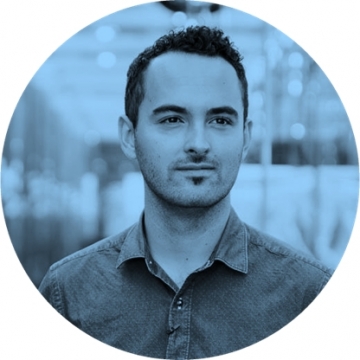 Alex Wood is an award winning editor and broadcaster.

As the launch editor of Tech City News, he built the leading news website and print magazine for London's tech startup scene, picking up News Website of the Year and a commendation from the PPA, the publishing industry body.

He is now the editor of chief of The Memo, the essential briefing on technology, innovation and the changing face of business.

Alex is a leading voice on technology and regular contributor to BBC News, Sky, CNN and CNBC. He also provides regular analysis and commentary for the Guardian and CNN websites.

As a visiting lecturer at Britain's leading journalism school within City University, he trains the next generation of broadcast journalists.