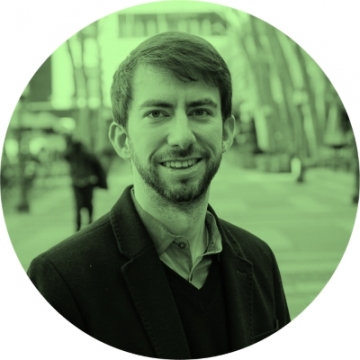 Brad Hargreaves, founder/CEO of Common, is a two-time entrepreneur addressing the growing housing crisis in major U.S. cities by providing cost and space-efficient homes for a major segment of the market: roommates. Under Brad’s leadership, Common has rapidly expanded to 15 homes in 5 major cities across the U.S in just two years.

He previously co-founded General Assembly, leading the growth of the company's education business from its launch in 2011 into a global institution with over a dozen campuses. Named to Vanity Fair’s “The Next Establishment”, Inc Magazine’s “30 Under 30”, Crain’s “40 Under 40”, and Business Insider’s “Silicon Alley 100,” Brad uses his tech and real estate expertise to inform his opinions on topics ranging from the future of cities to the sharing economy and the future of work. An experienced speaker, Brad has shared his insights and learnings at some of the industry’s largest conferences and events, including Fortune Brainstorm Tech and TechCrunch Disrupt.