Mobile Culture at the Smithsonian 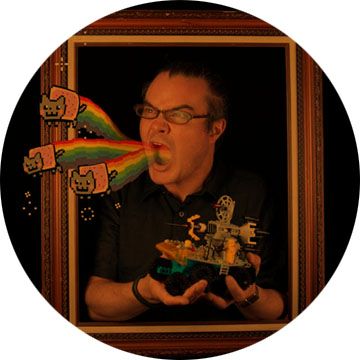 Seb Chan is the Chief Experience Officer (CXO) at the Australian Centre for the Moving Image where he is responsible for a holistic, multi-channel, visitor-centred design strategy for the institution. Until August 2015, he was Director of Digital & Emerging Media, at Cooper Hewitt Smithsonian Design Museum in New York. There he led the museum’s digital renewal and its transformation into an interactive, playful new museum reopened after a 3 year rebuilding and reimagining.

His team’s work won awards from the American Association of Museums and Museums and the Web, One Club, D&AD, Fast Company Innovaiton by Design, Core77 Design Awards, and has been featured in Slate, The Verge, Fast Company and elsewhere. Prior to relocating to New York, he was Head of Digital, Social & Emerging Technologies at the Powerhouse Museum in Sydney where he led teams responsible for the Powerhouse’s pioneering work throughout the ’00s in open access, mass collaboration and digital engagement, as well as large scale Australian cross-agency projects.

He has also worked as cultural sector consultant with organisations across the world and was the co-author of Culture24′s influential Lets Get Real action research project in 2011 & 2013 which helped evolve data-informed digital decision making in the UK performing arts and heritage sectors. He serves on several non-profit boards, and is a regular speaker at digital and cultural sector conferences and events.

He also led a parallel life in electronic art and music organising and curating festivals, international touring, and was founding editor-in-chief for a long running music magazine. In his spare time he enjoys overly sweet dessert wines, and high grade chocolate.