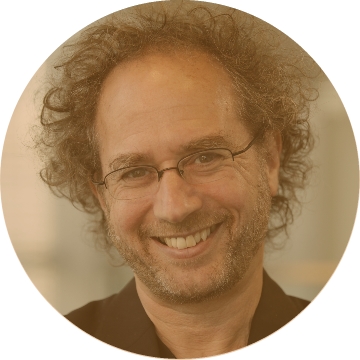 Tod Machover, called “America’s most wired composer” by The Los Angeles Times, is recognized as one of the world’s most innovative and influential composers, and is also celebrated for inventing new technologies for music. Machover studied with Elliott Carter and Roger Sessions at The Juilliard School and was the first Director of Musical Research at Pierre Boulez's IRCAM in Paris. He is the Muriel R. Cooper Professor of Music and Media at the MIT Media Lab (Cambridge USA) and Director of its Opera of the Future Group. Machover is also Visiting Professor of Composition at the Royal Academy of Music in London.

Machover is especially known for his visionary operas, including VALIS (based on Philip K. Dick’s sci-fi classic and commissioned by the Centre Pompidou in Paris); Brain Opera (which invites the audience to collaborate live and online); Skellig (based on David Almond’s award-winning novel and premiered at the Sage Gateshead in 2008); and the “robotic” Death and the Powers which premiered in Monaco during the 2010/2011 season (at the Opéra de Monte-Carlo under the patronage of Prince Albert II), and has since been performed in Boston, Chicago, and at The Dallas Opera, where – in February 2014 – it received the world’s first international, interactive simulcast. Death and the Powers was also Finalist for the 2012 Pulitzer Prize in Music. A DVD of the Dallas Opera performance of Powers will be released in fall 2014, with a studio-produced CD to follow.

On March 1, 2014, the Perth International Arts Festival premiered Machover's Between the Desert and the Deep Blue Sea: A Symphony for Perth as the festival finale. The third (after Toronto and Edinburgh) in a growing series of “collaborative city symphonies,” Machover invited people of all ages and backgrounds to work with him – using specially designed online tools – to create a musical portrait of the place where they live. A new collaborative symphony is being created for Lucerne, Switzerland where Machover will be the Lucerne Festival’s Composer-in-Residence in summer 2015. For that occasion, he will also be creating a series of other new works, including Re-Structures in honor of Pierre Boulez’s 90th birthday.

Tod Machover is renowned for designing new technologies for music performance and creation, such as Hyperinstruments, “smart” performance systems that extend expression for virtuosi, from Yo-Yo Ma to Prince, as well as for the general public. The popular videogames Guitar Hero and Rock Band grew out of Machover’s Lab. His Hyperscore software—which allows anyone to compose original music using lines and colors—has enabled children around the world to have their music performed by major orchestras, chamber music ensembles, and rock bands.

Tod Machover’s music is published by Boosey & Hawkes and Ricordi Editions, and has been recorded on the Bridge, Oxingale, Erato, Albany and New World labels. Much of his music is also available via iTunes.