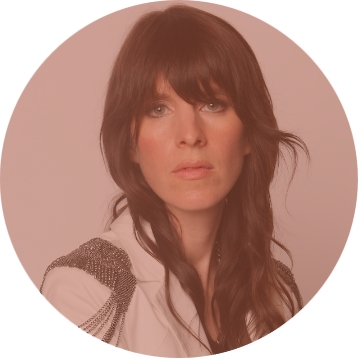 Vivian Rosenthal is a designer and entrepreneur. She received a B.A. from Brown University and a Masters in Architecture from Columbia University. Vivian co-founded Tronic, a multi-disciplinary firm focused on experiential digital design. While at Tronic, Vivian worked closely on over a hundred projects developing digital strategies, products, content and installations for clients including GE, Samsung, Sony, Target, Nike, Diesel, Hitachi, AT&T and Microsoft. In 2011 Vivian founded a a mobile ad-tech company, Snaps, to connect customers to brands through user generated native advertising and raised 6.5M. Most recently, Vivian was brought on board by Google to be the Founder in Residence for 30Weeks, a hybrid education/incubation program, to help designers and creative thinkers become entrepreneurs, exactly the route she had taken herself.

Crain’s New York Business selected Vivian as one of 16 women making headlines for the impact their work is having at their companies, in their industries and on the city and was featured on the June 2014 cover. The Wall Street Journal selected her mobile company Snaps as one of the top 25 startups in the US. Vivian was named one of Creativity Magazine’s top 50 Global Creatives and she has spoken at numerous conferences on the intersection of design, branding and technology. She won the Microsoft Storytelling Award for the US in the brand category and was selected as one of the five women CEOs for the L’Oreal Next Awards, honoring women in technology and advertising. Vivian has appeared on Good Morning America with Sheryl Sandberg to help her promote women leaders and entrepreneurs and spoke on Bloomberg TV, as well as being featured in Fast Company, Wired, WSJ, AdWeek and numerous other publications. She’s also a two time TEDx speaker. Vivian studies Kundalini Yoga and Vedic Meditation.