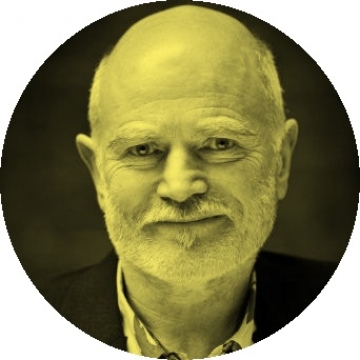 I am Chief Executive of the Live Theatre, one of the UK's leading new writing theatres, based on the Quayside in Newcastle-upon-Tyne. My work here involves managing the vision & direction of Live Theatre, and after completing an award winning development and refurbishment has more recently involved creating a series of groundbreaking new social enterprises to support the charity. These include; an online training venture - www.beaplaywright.com, an award winning gastro pub - The Broad Chare, a cultural SME business incubator - The Schoolhouse, and LiveWorks - a £10.5m capital project which includes a new office block, a park and a children and young people's large scale creative writing/literacy centre to be completed in 2015.

In 2011 I received an honorary Doctor of Letters from Northumbria University, in 2012 received an MBE for services to theatre, in 2013 was awarded Alternative Business Person of The Year by The Journal/Percy Hedley Trust. I am one of 50 fellows worldwide on the National Arts Strategies Culture & Community programme 2014/15, was nominated to be North East Business Executive of 2014.