Tenille built a multi million dollar social media company in under 2 years, has been recognised by the Australian Prime Minister with 'The Australian Leadership Award' (only presented to 20 people in Australia) and was awarded the 'Australian Financial Review Top 100 Australia’s Women of Influence'.

In this special talk, Tenille shares a philosophical dialogue into the evolution of consciousness within the digital realm and the legacy imprint on the human family and our future leaders of today. That every thought, every mouse click, every word that we speak, that we share, that we tweet – all adds up to the collective digital consciousness. What impact does this have on the creative and cultural sectors, and how can we harness digital consciousness and emotional literacy as creative leaders and educators? 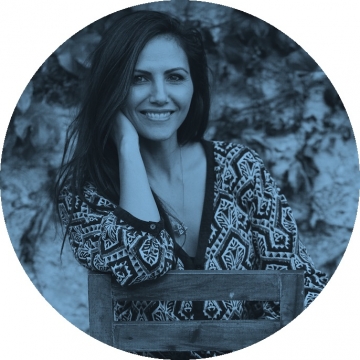 Tenille Bentley is an internationally award winning business leader spanning a 15 year career in building companies, board director roles and educating our leaders of the world. She is a transformative speaker, educator as well as an author of two thought provoking books “Digital Consciousness and Emotional literacy for kids” and the Managing Director & Founder of The Emotional Literacy & Mindfulness Academy for Kids.

She has been described as a contemporary thought leader, building a multi million dollar social media company in under 2 years, she has been recognised by the Australian Prime Minister with ‘The Australian Leadership Award’ which is only presented to 20 people in Australia, she was awarded the ‘Australian Financial Review Top 100 Australia’s Women of Influence’, State Finalist in the ‘Telstra Business Woman of the Year’, inducted into the Western Australian Women’s Hall of Fame by The Governor and awarded the Top 3 Australian Institute of Management Excellence Awards.

Tenille is a credited and experienced board director sitting on some of the most prestigious boards in Australia. She is a highly sought after educator, holding a global online broadcasting audience reach of 8M around the world last year.

Tenille holds a unique mix of being a successful businesswoman and also honouring the power of consciousness with transformative tools that delve into the neuro plasticity of the mind.

She has had the pleasure of meeting and spending time with the great minds of Oprah, Richard Branson, Deepak Chopra, Dr John Demartini, Don Miguel Ruiz, Dr Bruce Lipton and many more. Tenille consistently challenges her level of conscious and subconscious awareness, delving deep into philosophy,mythology, human behaviour, quantum physics and neuroscience in her spare time.