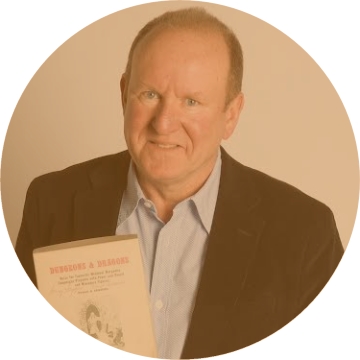 Ian Livingstone is one of the founding fathers of the UK games industry.

He co-authored The Warlock of Firetop Mountain in 1982, and went on to write 15 books in the Fighting Fantasy series which has sold over 17 million copies in 31 languages.

In 1995 he co-led the merger that created Eidos plc where he served as Executive Chairman until 2002. At Eidos he launched several global video games franchises including Lara Croft: Tomb Raider.

He co-authored the Next Gen review published by NESTA in 2011, recommending changes in ICT education policy, spearheading a campaign that led to the introduction of the new Computing curriculum in Schools.

In the Wired 100 list for 2012, he was ranked the 16th most influential person in the UK’s digital economy.

In 2014 he was appointed the Government’s Creative Industries Champion.