Brand-defining ideas that enable them to walk the walk 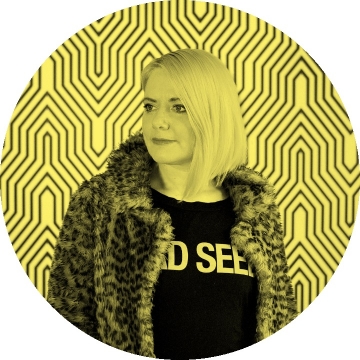 For over 20 years, Laura has brought her fresh and experimental approach to the creative industries. Combining technical exploration with passionate storytelling, she has won numerous awards for her commercial work and been recognised globally as an innovator and industry leader across communications and design.

One of the world’s few female Chief Creative Officers, she is former president of D&AD (http://www.dandad.org), has recently been named one of Britain’s most influential people within the Debrett’s 500 annual list for the second year running, scooped up Individual of the Year at the Dadi Awards and been awarded an honorary doctorate for her services to graphic design from University of the Arts, London (Norwich).

Under her stewardship as founder and CCO, creative agency Mr. President has recently been awarded Agency of the Year by The Drum and AdAge, a fine achievement for an agency just five years old.

Laura is also a co-founder of SheSays, a global volunteer network which works to get more women into the creative industries. With over 40,000 members operating in 43 cities worldwide SheSays includes mentoring, events and the annual VOWSS showcase of the best film work made my women around the globe. She is also a co-founder of The Great British Diversity Experiment, the largest practical experiment in diversity and its contribution to commercial creative practice.

Laura lectures around the world extensively and was recently invited to be part of the Facebook Creative Council, a think tank to help steer the future of social media.

Laura continues her arts practice exploring areas of identity and gender; and is also a trained taxidermist.