Another World is Possible: Museums and Planetary Wellbeing

ArtScience Museum in Singapore explores the intersection between art, science, culture and technology. It is positioned as a place to reflect on how the future might be evolving, and to offer audiences opportunities to actively shape it. As a museum focusing on the future, one of the issues they return to again and again is environmental sustainability.

In this talk, Honor explores how contemporary museums might draw on art, science and technology to respond to environment issues. The International Council of Museums (ICOM) has recently proposed a new definition of a museum. It includes a section that describes museums as places that, "contribute to human dignity and social justice, global equality and planetary wellbeing."

The idea of a museum as a space that contributes to "planetary wellbeing" is one that has caused some controversy within the museum world. This talk explores why this might be an idea for museums to embrace. 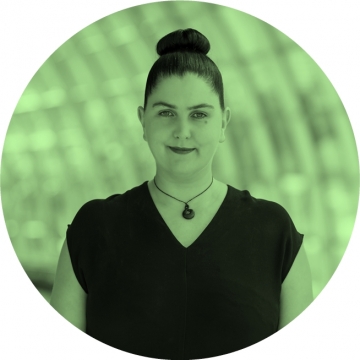 Honor Harger is a curator from New Zealand interested in the cultural impact of scientific ideas and how digital technology is shaping society.  She is the Executive Director for ArtScience Museum Singapore.  Since, she joined, ArtScience Museum has held large-scale exhibitions by some of the world’s best known artists including Leonardo da Vinci and M.C. Escher, as well as showing work by contemporary artists including Theo Jansen, Lynette Wallworth, Ryoji Ikeda, Yang Yongliang, Semiconductor, Olafur Eliasson, Anish Kapoor, Tomás Saraceno, Mariko Mori and many more. The museum has also presented significant exhibitions that explore aspects of science, including big data, particle physics, natural history, marine biology, cosmology and space exploration.

Prior to joining ArtScience Museum, Honor was the director of Lighthouse (http://www.lighthouse.org.uk), a digital culture, visual arts and film venue in Brighton, UK. In 2010, she was guest curator of the transmediale festival in Berlin (https://transmediale.de/archive/history/festival/2010), and from 2004 - 2008, was director of the AV Festival (http://www.avfestival.co.uk) the UK's largest biennial of digital art, film and music.  She was also the first curator of webcasting for Tate (http://www.tate.org.uk), where she also curated events and concerts at Tate Modern from 2000-2003.

Honor is one of the co-founders of the sound art collective, r a d i o q u a l i a. One of their main projects was Radio Astronomy, a radio station broadcasting sound from space.

Honor has given talks at conferences and festivals such as LIFT, TED, SciFoo, Webstock, MuseumNext, Ars Electronica, Innovative City Forum, and World Architecture Festival, as well as lecturing at the European Space Agency, the Centre Pompidou, MIT, California Institute of the Arts, and the American Film Institute and other places.