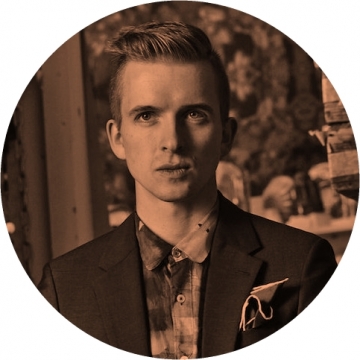 The studio first came to prominence through its expertise in jelly-making, but has since gone on to create immersive flavour-based experiences ranging from an inhabitable cloud of gin and tonic, the world’s first multi-sensory fireworks and a Taste Experience for the Guinness Storehouse in Dublin, officially the best place to taste Guinness in the world.

The studio now consists of a team of creatives, cooks, designers, specialised technicians and architects. With Sam Bompas and Harry Parr the team works to experiment, develop, produce and install projects, artworks, jellies and exhibitions, as well as archiving, communicating, and contextualising the work. Bompas & Parr also collaborates with specialist technicians, engineers, artists, scientists, musicians and many other disciplines to create wondrous events.

Bompas & Parr has written four books, the most recent in late 2014 which saw the studio republish Memoirs of a Stomach, a lost-and-forgotten 18th century tome brought up to date with visuals from inside the digestive tract of food writer, pop-up chef and Sunday Times columnist Gizzi Erskine.

The studio works with some of the biggest companies and the world’s foremost cultural institutions to give people emotionally compelling or inspiring experiences.