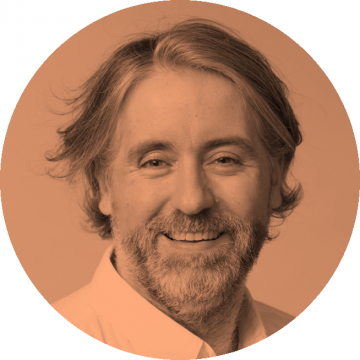 Stuart is the EMEA Senior Regional Manager for Googler.org, overseeing Google's strategic corporate philanthropy in the region. In addition Stuart coordinates local grantmaking for EMEA, APAC and LATAM and supports Googlers to use their skills, talents and resources to have a positive impact on Google’s grantees.

Before joining Google, Stuart was Chief Executive of Business to Arts from 2007 to 2014. During his time with the organisation Stuart led the development of Business to Arts’ partnership with Bank of America Merrill Lynch, resulting in over €17 million of additional private income being generated by participating Irish arts organisations through the delivery of training and mentoring.

Previously Stuart spent 4 years as Business Development Director with Accenture working across both the public and private sectors in Ireland. Before this he spent a number of years working for Fujitsu in the UK culminating in his appointment as Commercial Manager for a 1000-person in 1999. He moved to Ireland in 2001 to join CapGemini as Head of Outsourcing.

Stuart is a Board Member at the Irish Film Institute, was previously the Chair of the Lewis Glucksman Gallery at UCC and is a member of the International Advisory Committee of the Humanities Institute at UCD. He has previously been a part time lecturer at Trinity College (MSc Management of Information Systems), and UCD (MA in Cultural Policy). He was awarded the Fundraising Ireland Fundraiser of the Year Award in 2010 and was a recipient of the Arthur Guinness Fund Social Enterprise Award for his work on Ireland’s only crowdfunding platform www.fundit.ie.