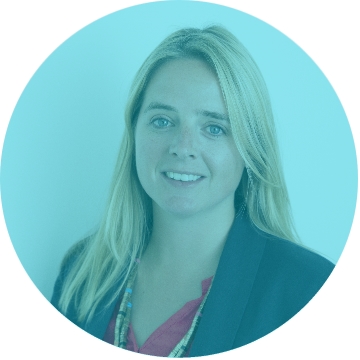 Jess is Co-Founder and CMO at Blippar, the global market-leading augmented reality platform - adopted by many of the world's most famous brands and media publications. Blippar has the unique power to turn any physical, printed image or product into an instantaneous, interactive digital experience.

Jess has over 13 years experience in marketing and senior partnership roles within fast-growth environments. Most notably, in 2009 Jess oversaw EMEA Business Development at Alibaba.com during its launch into Europe. She also headed up partnerships at isango.com – a leisure e-aggregator, reputable for its exponential growth and later sold to Thomas Cook – as well as founding Integritour, a tour operator promoting community tourism and job creation in the most impoverished part of West Kenya, set-up during a life-changing year out in 2010.

Jess has bagged a shelf-full of industry accolades, including the ‘Everywoman Iris Award’ (Natwest, 2012) and has been named as one of the ‘Top 10 Most Powerful Entrepreneurs’ (Fortune, 2012), Jess was recently shortlisted as ‘Entrepreneur of the Year’ in The Independent’s ‘Women Of The Future’ (2013), and named one of Management Today’s 25 under 35 (2013).

As co-founding CMO of Blippar, she oversees the rapid international expansion of the brand and the consumer-marketing divisions. With her co-founders, she has already seen Blippar scoop a series of industry awards, including ‘Best of Le Web’ (2012), ‘Most Innovative New Tech’ (MWC, 2012), ‘Best UK Tech Start-Up’ (UKTI, 2012), and ‘Best AR Browser’ (AR Awards, 2012), to name a few.

A passionate advocate for female entrepreneurship, Jess regularly contributes to articles for publications, such as Marie Claire, Company and Stylist, as well as speaking at numerous high profile conferences within the mobile marketing and technology space.