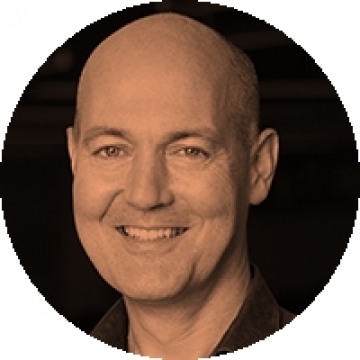 Edward Roussel is Chief Innovation Officer at Dow Jones. Since assuming this role in May 2015, Mr. Roussel has taken responsibility for identifying areas of new opportunity for the company, with a particular focus on mobile innovation.

Mr. Roussel joined Dow Jones in June 2013 as head of product, overseeing the advancement of the company’s consumer and Professional Information Business products. During this time, he led the redesign of The Wall Street Journal’s suite of digital products, including WSJ.com, iOS apps (Apple Watch and iPad), the Android app, newsletters and the technology website, WSJD.

Before joining Dow Jones, Mr. Roussel worked at the Telegraph Media Group in London for seven years. As Executive Editor, Digital, Mr. Roussel headed the Telegraph’s website and digital development. He played a key role in reorganizing the newsroom to place digital journalism at its core, introducing new media such as video, e-books and a Flipboard afternoon newspaper. During his tenure, the Telegraph saw record-breaking digital growth and won awards for Consumer Website of the Year and Digital Publisher of the Year by the U.K. Association of Online Publishers.

From 1992 to 2004, Mr. Roussel worked as a journalist at Bloomberg, where he served as bureau chief in Brussels, Paris and London. In his final role at Bloomberg, Mr. Roussel oversaw global financial coverage, leading a team of more than 130 reporters and editors in New York, Europe and Asia.