Skip to content
Simon Woodroffe OBE - Founder, YO Sushi, YOTEL and YO Home

An inspirational talk from the former Ernst & Young Entrepreneur of the Year Award winner. Simon speaks openly, avoiding business cliché, and will help inspire you to pursue your own endeavours, from small projects to the largest of visions. 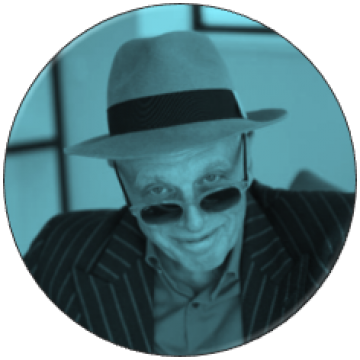 Simon Woodroffe OBE - Founder, YO Sushi, YOTEL and YO Home

Simon left school at the age of 16 and spent 30 years in the entertainment business designing and staging concerts for many artists, including The Moody Blues, Madness, Rod Stewart, Stevie Wonder and George Michael.

In the ’90s, Simon went into television – spearheading the development of television deals to show international rock concerts worldwide, for the likes of Nelson Mandela, Amnesty International and the Prince’s Trust.

In 1997 Simon founded YO! Sushi, the UK’s only conveyor belt sushi bar. The concept turned dining out into a complete entertainment experience, featuring call buttons, robot drinks trolleys and Japanese TV. The first restaurant opened in the heart of Soho and became an overnight phenomenon. Today, YO! Sushi continues to expand both at home and abroad and has opened 100 restaurants serving 6 million customers each year.

As a result of his entrepreneurial success, Simon has developed a strong reputation on the worldwide public speaking circuit. He speaks openly, avoiding business cliché, and inspiring audiences to pursue their own endeavours, whether they’re from start-ups or large corporations.

YOTEL, Simon’s solution to boring and expensive hotels opened in 2007, and in 2011 launched a 669 bedroom site in central New York. Paris CDG is set to open in 2016, followed by the 600 room YOTEL Singapore Orchard Road, opening in 2017, and Miami, San Francisco and Williamsburg in the same year. Dubai and Singapore Changi Airport arrive in 2018.

YO! Home, Simon’s re-invention of the city apartment, launched at London’s 100% Design in 2012 and expects to open its first multi-unit site for sale in Manchester in early 2016.