In this talk he will share his insights in the future of leadership and work. Specialising in working with skeptical audiences and leaders who've seen it all before, his talk will equip you with better ways to think and savvier ways to lead meaningful progress through uncertainty and change. 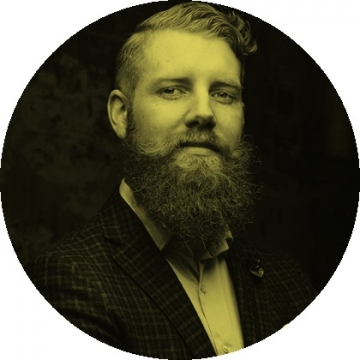 Dr Jason Fox is a writer and wizard/philosopher masquerading as a motivational speaker and leadership advisor. He shows forward-thinking leaders around the world how to pioneer new and meaningful progress (beyond the default).

Jason is the bestselling author of ‘The Game Changer’ and ‘How to Lead a Quest: a handbook for pioneering leaders’, and his monthly ‘museletter’ is read by more than 11,000 leaders around the world.

In addition to serving as a leadership adviser, Dr Fox is also a globally in-demand keynote speaker who works particularly well with senior leaders and sceptical audiences who have ‘seen it all before’. (He was recently awarded Keynote Speaker of the Year.)

Jason lives with an illustrator-veterinarian and a cat called ‘π’ in an old chocolate factory in Melbourne, Australia. When not liberating the world from poorly designed work, Jason enjoys partaking in extreme sports such as reading, sun-avoidance and coffee snobbery.