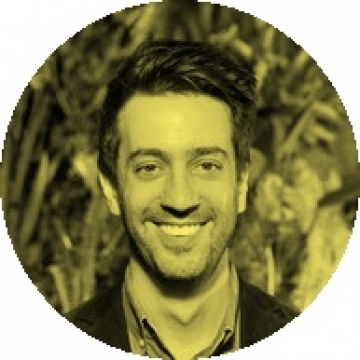 The Lowline is the world's first underground park announced to great media fanfare, a plan to turn an abandoned trolley terminal  into a public green space, using technology that redirects sunlight beneath the street’s surface. In 2016 it  received planning permission and has a site. They have already been running test spaces over the last year to give 11,000 members of the public a taster of what is in store when it opens in 2021.

Dan is the Co-Foudner of the Lowline and leads the community engagement, political outreach, fundraising, and strategic planning. He formerly led strategic partnerships at PopTech; held several strategy, operations, and marketing roles at Google; and worked in small business development within New York City government. Dan has also consulted for UNICEF in Nairobi and the 9/11 Survivors’ Fund in Washington DC. He began his career producing international affairs programming at the World Affairs Council in San Francisco, where he co-produced the weekly NPR show “It’s Your World.”

Dan is also the author of “Ruin and Redemption in Architecture to be published by Phaidon in early 2019. The book explores the lost, forgotten, reimagined, and transformed architecture: the compelling beauty of abandoned, reinvented, and rescued architecture.