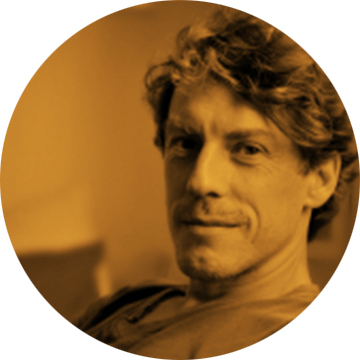 Sam is Creative Director of Strategic Development for the Innovation division of the ABC. Since starting in that role five years ago, he has worked on many large and small new media projects. He conceived of, designed and co-produced ABC iView, and then went on to write and direct Gallipoli: The First Day, which has won several awards including the inaugural AFI Award for screen innovation in 2009 and has subsequently been distributed to schools nationwide. He then wrote and directed Bluebird AR, the ABC’s first alternate reality online drama, which won an Australain Writers Guild Award. Last year, he ran the Explainer Project, working with program units across the ABC as well as collaboratively with Jay Rosen at NYU and The Guardian in London. Prior to his present role, he worked at the ABC both in the News division and New Media and Digital Services, where he initiated, designed and produced the multi-award winning Four Corners Broadband Editions. He’s just finished work on an online documentary about the Sydney Opera House.