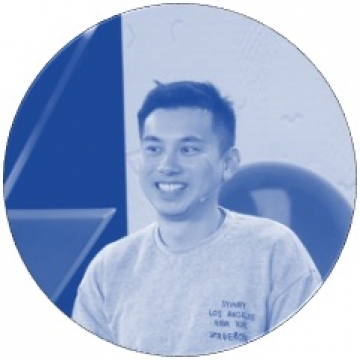 Councillor HY William Chan designs for dignity in our cities. The Hong Kong-born, Sydney-based architect and futurist works at the intersection of innovation, social entrepreneurship and urban development. A dual Convocation and University Medallist in architecture, he holds degrees in design, science and sustainability from Australia and Italy.

William is the youngest-ever independent to hold public office at the City of Sydney. As part of the Lord Mayoral team, William drives next-generation solution building, policymaking and systems change. He is a Global Public Leadership Fellow with the World Economic Forum and also leads their Global Shapers community in Sydney.

William’s design portfolio spans Olympic stadiums, metro transit systems and entire urban masterplans. But it’s his passion in creating inclusive and resilient cities for vulnerable communities that drives his innovative practice. With 10 years of experience, he empowers people as partners designing for social impact and justice.

His projects have exhibited across 50 cities, including the Venice and Rotterdam Architecture Biennales, Oslo and Milan Design Triennales, Salone del Mobile, Madrid Design Festival, Cooper Hewitt Smithsonian Design Museum, Vivid Sydney and the UN World Urban Forums.A recent Ambassador for UNICEF, he has held fellowships in innovation with the World Innovation Summit for Education in 2017 and in sustainable cities with the UN Sustainable Development Solutions Network in 2019. Honoured by TED as among "the world’s greatest TEDx speakers", he features with Greta Thunberg on the TED podcast series.

William is named an “inspiring visionary” by Forbes and a “game changer” by The Daily Telegraph. He is named in the top 20 on the Qantas Centenary '100 Inspiring Australians' list, top 25 most influential people in the social sector by Pro Bono Australia, and GreenBiz top 30 young global sustainability leaders by the World Business Council for Sustainable Business. He was inducted into the Australian of the Year Honour Roll in 2020.