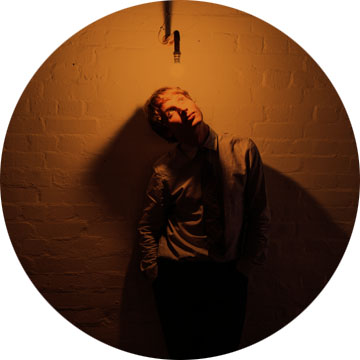 Jay Miller created The Yard in 2011 in collaboration with Practice Architecture, Tarek Iskander, Christopher Daniel and many other dedicated volunteers.  The Yard was built to offer opportunities for artists to make contemporary theatre in a new space, in a new part of town.

Jay is a theatre director who is interested in how writing for theatre can be made live. He is from Newcastle. Jay started his career in the north of England where he made work in collaboration with Jenny Lee at West Yorkshire Playhouse, The Arc and Live Theatre. After directing aBacchae at The Yard he was invited to train as part of the National Theatre’s Directing Course. As well as directing work, Jay has mentored a number of young artists including Michaela Coel (winner of Alfred Fagan Award 2012), Rob Auton, Jake Costello, LiveArtShow (Time Out Critics' Choice 2011).  Since starting The Yard, Jay has guided the organisation to two Empty Space Awards and an Off West End Special Panel Award for Outstanding Achievement. In 2013 Jay was named by The Guardian and The Hospital Club as one of of the most influential people working in culture today.  He also won the British Council Creative Entrepreneur Award, part of the h club 100, and travelled to Brazil in April 2014 with the British Council to expand his international network, learn and share ideas. Jay is part of the British Council’s international network of creative entrepreneurs.