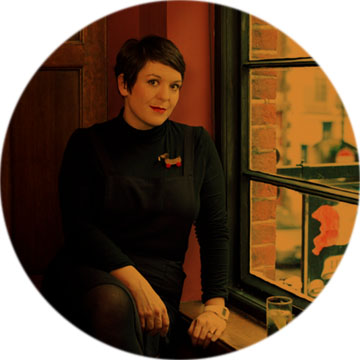 Rosie Wolfenden MBE is the Managing Director of Tatty Devine, which she co-founded with Harriet Vine in 1999. Rosie and Harriet met at Chelsea School of Art where they studied painting.

Their designs were an instant hit on London’s Portobello and Spitalfields markets, and they quickly progressed to the pages of Vogue. Rosie secured early stockists including Harvey Nichols and Browns Focus, and the brand now has over 300 stockists worldwide.Tatty Devine also have two stand alone stores in London and a concession in Selfridges.

Over a decade of experience at the helm of a leading British brand means Rosie has become an inspiration for creative entrepreneurs. She’s built partnerships with Selfridges, Gilbert & George, Tate, Rob Ryan and MOMA.

Rosie is an ambassador for the Everywoman Network and an executive member of Guardian Women in Leadership. She is also a Titan of Industry at the School for Creative Startups