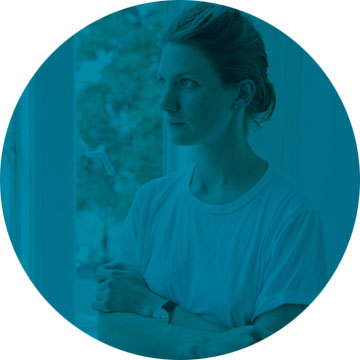 Hannah Barry, one of the UK’s leading creative innovators joins us to tell us the story behind the incredible Bold Tendencies which transformed a disused multi-storey car park in Peckham into a cutting-edge contemporary art gallery and dynamic urban social space responsible for turning the area into one of London's leading creative locations.

“A new generation of artists have turned an unlikely corner of southeast London into the capital's cultural epicentre.”
- Vogue

“There are few initiatives taking place anywhere in the UK that match the verve with which the Bold Tendencies Team have taken advantage of the opportunity offered by Southwark for the imaginative use of derelict space.”
- Sir Nicholas Serota, Director, Tate

Founded in 2008, the Hannah Barry Gallery grew out of a series of temporary exhibition projects in South London before establishing a permanent home in Peckham. The roster was built around British artists including James Capper, Shaun McDowell and Mohammed Qasim Ashfaq with a special focus on introducing emerging American and European artists, launching the careers of - among others - Wyatt Kahn. These have been complemented by special exhibitions such as ‘Erik Lindman One Year Edit vs Joseph Beuys’ Westmensch’ (2012); ‘Minstrel & Chronicle’, featuring Sophie Cundale, Ryan Trecartin, Antoine Catala et al, (2012); and ‘Optimism: The Art of our Time’ (2008).  In November 2013 we re-launched the gallery in a new space in Peckham with a mixed programme of represented artists, special project shows and historical exhibitions.