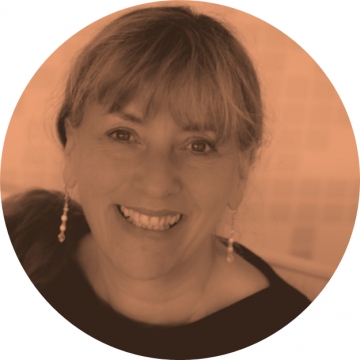 Stella Hall, FRSA, has a passion for connecting people and place through culture. She co-founded the Green Room, Manchester’s first arts centre and has since been Director, Warwick Arts Centre, Festival Director, Belfast Festival at Queen’s and Deputy Chief Executive of NewcastleGateshead Initiative, running the Culture10 programme of events across the region. She was Festival Director of the year-long Preston Guild 2012 celebrations for which she received an Honorary Fellowship from UCLan.

In 2012 She co-founded the hugely popular Festival of Thrift in Redcar which celebrates building creative communities through sustainable living. It has won Tourism England’s Best Event NE and the Observer Ethical Award for Arts and Culture.

She is a committed internationalist and was an inaugural British Council Canny Creative, advising cultural organisations on arts programme development and UK connections in China, India, Turkey, Kazakhstan and Uzbekistan. Alongside arts consultancies she pro bono mentors younger professionals across the UK.

Stella is Vice Chair Artsadmin, London and a board member of D6 Culture in Transit, Newcastle and Rosie Kay Dance, Birmingham. She is a Council Member of Queen Mary University, London because of its commitment to research and teaching excellence, coupled with a commitment to social inclusion.