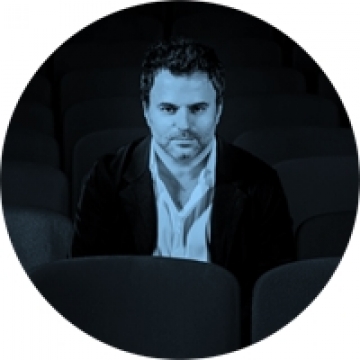 Diego Radivoy is the General Director of Creative Industries of Buenos Aires City Government. He was appointed in 2015 with the aim of transferring his extensive international career into the public sector and with the mission of catalyzing Buenos Aires as the South American hub of creativity, innovation, talent and culture.

He has studied Economics and over the years, he has developed a successful career both in business and in management of the arts and culture. He has been CEO of several companies from a Ski Resort in Patagonia, Vineyards in Mendoza, to Hotels, Real Estate developments and General Hospitals among others. In parallel to his business career, he has developed his true passion as a cultural manager. In this field he successfully founded and led a film company in Buenos Aires and NYC, a rewarded record label in Europe, a fashion magazine and a big scale cultural production company. He also organized global events such as the World Tango Championship of Buenos Aires, the International Ballet Gala of Buenos Aires that is nowadays on it's 7th edition, and over one hundred concerts, plays, artistic shows and projects.

As an entrepreneur in the creative industries and cultural sector he has been selected as speaker for several symposiums and summits, such as the FIAP (Iberoamerican Advertising Festival), the Global Cultural Districts Network, Art Basel Talks, Demand Solutions - IDB or Smart Cities.

Diego Radivoy has also collaborated as content advisor for non profits organizations in the arts field, museums and in cultural initiatives. In 2005 as a member of the Acquisition Committee of MALBA Museum he decided to start his own personal art collection of argentine and Latin American contemporary art that was the beginning of a very strong participation in the art world since then. He is also in charge of the announced long term collaboration program between Art Basel and Buenos Aires City.

His statement is 'to be always on the pursue of the unconventional way'.