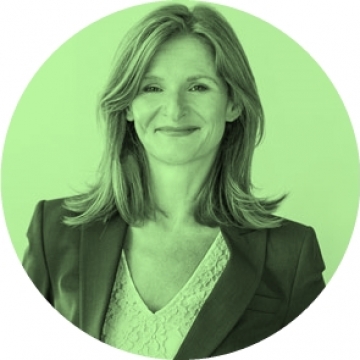 BAM and an alliance of cultural and creative organisations have been at the centre of the transformation of Brooklyn into one of the world's leading creative technology districts. This is a chance to hear how they have helped develop a sophisticated creative industries ecology that has helped Brooklyn to become a global technology and creativity hub.

From 2010-2015, Katy Clark served as president and executive director of Orchestra of St. Luke’s (OSL)—one of America’s foremost and most versatile ensembles. She joined OSL in 2005 as director of development. During Clark’s tenure, OSL significantly expanded its scope, mission, and budget, and established the DiMenna Center for Classical Music in Manhattan.

Prior to her career in arts management, from 1994 to 1999 Clark was a violinist with the BBC Symphony Orchestra in London. From 2001 to 2004, she led the Philadelphia chapter of the American Composers Forum. She holds a bachelor’s degree in history from Jesus College, Cambridge University; a master’s degree in violin performance from the University of Illinois at Urbana-Champaign; and a Certificate in Arts Management from Birbeck College, University of London. Clark was born and raised in Wales. She and her family reside in Brooklyn.