Creative enterprise often occurs at the intersection of many (often competing) considerations: artistic integrity, financial sustainability, political activism, community empowerment, depth of purpose and authenticity to name but a few. How have successful creative entrepreneurs approached the challenge of balancing some of these demands, and how can we apply these lessons to the new ideas we develop? 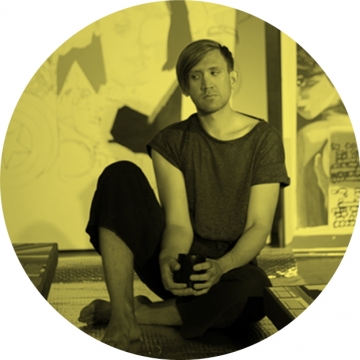 Stuart Semple is a multidisciplinary British artist working across painting, sculpture, happenings, technology and activism. He is well known for his sociologically engaged works that often discuss youth politics, accessibility and democracy.

Although diverse in it’s presentation, Semple’s body of work orbits around a handful of recurring themes; anxiety, society, cultural history, technology, connection, community and freedom. Ultimately landing with a clear-minded sense of utility, that art itself should have a social function.

After studying fine art at the Yorkshire Sculpture Park, Semple’s works have been exhibited at numerous solo and group exhibitions, fairs and biennials and at institutions including The Barbican, ICA London, Goss Michael Foundation, Frieze, Art Basel Miami, Denver Art Museum and The Whitworth.

He has created large-scale public projects for cities including Melbourne, Dublin, London, Moscow and Manchester. His most ambitious was Happy City (2018) In which he created several large scale public interventions throughout Denver which was documented in the Amazon Prime documentary ‘Mr. Happy’.

Semple is well known for utilizing the internet as a performance space, via such projects as The Pinkest Pink and Blackest Black. CultureHustle.com is an ongoing project to liberate art materials and arguably one of the most enduring internet performances of all time.

Stuart is the founder of VOMA (the virtual online museum of art) and in 2021 opened the doors to his artist run gallery ‘Giant’ in Bournemouth exhibiting major international artists in a program of sociologically engaged curatorial shows.

Semple has presented for BBC TV and his 2019 ‘Hostile Design’ program for BBC Radio 4 was nominated for a radio academy award. He has written for The Guardian, Huffington Post, Vogue and held a weekly column for Art of England Magazine. His work has been featured in publications including Wired, Financial Times, GQ, Flash Art, ArtForum, Modern Painters, The Art Newspaper, New York Times, Architectural Digest and others.

Semple regularly speaks on art and mental health and has appeared at Denver Art Museum, Oxford University, Royal College of Art, The Southbank Center, The Whitworth, Frieze London and others.

On the first International Day of Happiness Stuart Semple was honoured by the UN with a Happiness Hero medal in recognition for his “HappyCloud” performance from Tate Modern in London.

Semple is an ambassador for mental health charity Mind, with whom he initiated the creative therapies fund throughout England and Wales. 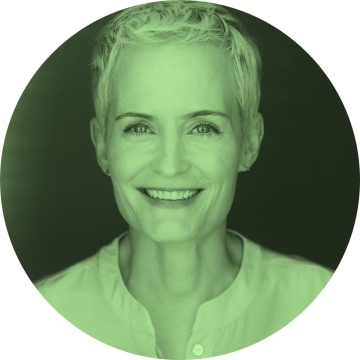 Miranda Massie the Climate Museum's Director. In 2014, she left a career in social justice law to start laying the groundwork for the Museum. As a civil rights impact litigator, her honors include Fletcher Foundation, W.E.B. Dubois Institute, and Harvard Law School Wasserstein Public Interest Fellowships, as well as a Mentorship-in-Residence at Yale Law School. Her previous board service includes a Head Start organization for migrant farm families and the Center for Popular Democracy. Miranda holds a J.D. from New York University, an M.A. from Yale University, and B.A. from Cornell University. Her numerous Climate Museum guest teaching engagements include the Masters programs in Interaction Design at the School of Visual Arts, in Museum Studies at NYU, in Architecture and Landscape Architecture at RISD, and in Climate and Society at Columbia University. Miranda is active within several global coalitions focused on climate-oriented work in museums. She speaks frequently on the need to integrate programming on the climate crisis across the cultural sector.