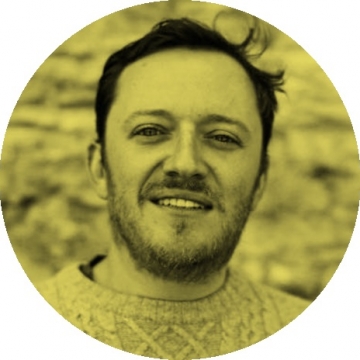 Dan Kieran is the co-founder and CEO of Unbound.com, the award winning crowdfunding publishing platform that brings authors and readers together. Launched in 2011, Unbound have funded books from authors including Raymond Briggs,Kate Mosse, Andy Hamilton, Alys Fowler, Jonathan Meades, Katy Brand and Terry Jones and published bestsellers including Letters of Note, The Good Immigrant and The ManBooker longlisted novel The Wake.

He is the author of twelve books himself including the Sunday Times Bestseller Crap Towns (the first viral internet phenomenon to turn into a bestselling book), The Idle Traveller and Three Men In A Float - the story of his journey across England in a 1957 electric milk float. A travel writer for The Guardian, Times, Telegraph and Die Zeit in Germany he also gives talks and workshops on raising money, entrepreneurship and how to have ideas for the Do Lectures, the Idler and UCL.