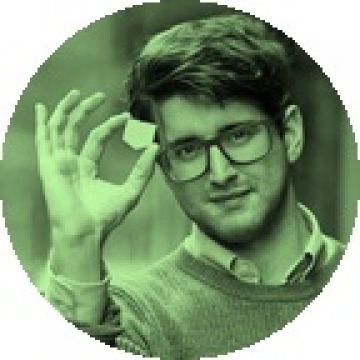 A Forbes 30 Under 30 class of 2017 honoree, Filippo Yacob founded Primo Toys in 2013. The mandate? Find a better way to introduce coding to his three-year-old son. Filippo is an award-winning creative (Cannes Lion Gold, Red Dot Best of the Best Award, London Design Awards Gold) with a passion for design, technology and education. Filippo is also the father of Cubetto, a LOGO-Turtle inspired, Montessori approved wooden robot that helps girls and boys aged 3 and up learn computer programming without screens or literacy, all over the world.

Praised by TIME Magazine and Fast Company as “revolutionary”, Cubetto is the most crowdfunded educational technology invention in Kickstarter’s history, raising $2.4m from backers in 100 countries. Cubetto has featured in numerous publications, from The Times of London to Wired magazine, and been exhibited at the V&A Museum in London and the MoMA Design Store in New York. Supporters include Randi Zuckerberg, who says: “What I love most about Cubetto is that it will give girls and boys all over the world the opportunity to learn about the basic building blocks of coding, without being glued to a computer screen. As a mom, that's a dream.”

Cubetto is powered by the first programming language you can touch, allowing children to learn and explore real programming through storytelling and hands-on play. It works without screens or literacy, so any child in the world can use it. Primo Toys' mission is to help children realise their full potential through a healthy understanding of technology that makes them creators, and not just consumers of it.