Named by The Sunday Times as one of the Top 100 Disruptive Entrepreneurs, Pip Jamieson, founder of creative networking platform The Dots, will share the secret ingredients for building an engaged community and generating revenue via memberships – gleaned from over 15 years of building commercially viable communities! 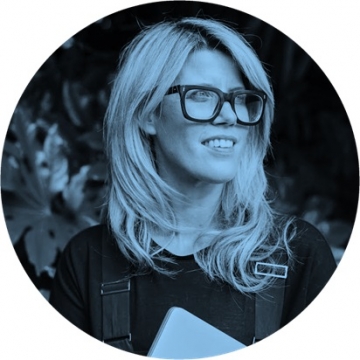 A secular trend is underway where whole waves of traditional service industries will disappear or radically change as they become increasingly automated. But there is no algorithm for creativity - creators are critical part of the future workforce. So if we want our children and grandchildren to have jobs and our economies to thrive, we need to support the people that bring creative ideas to life. That is what The Dots is all about; connecting, supporting and championing the people, teams and companies that make ideas happen.

An entrepreneur with a distinctive marmite laugh (you either love it or you hate it) Pip is a native Brit who has spent the last 13 years immersed in the creative industries, including executive roles at MTV Australia and New Zealand.  Pip is on a mission to connect 1 million creatives and freelancers to commercial opportunities by 2018, helping build a stronger, more profitable and diverse creative sector. Pip lives on a houseboat with her husband in Kings Cross, London.