AI: The Possibilities are Endless 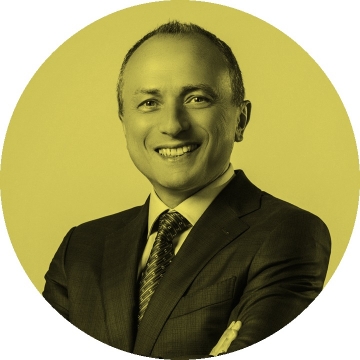 Murat Kansu started his career at Microsoft as Middle East and Africa (MEA) area Server and Tools group lead in 2003 as a member of MEA Leadership and EMEA Server & Tools teams.

Between 2007 and 2010, Kansu acted as the Director of Business Operations in Microsoft MEA, and contributed to the high performance of the region by orchestrating the functions and implementing Microsoft’s strategic plans. The scope of the role included strategic planning for the region, business performance management, building high performing teams and establishing company image in the region.

Between 2010 and 2012, Kansu was the Enterprise Customers Sales Director, MEA Emerging Markets with full responsibility for profitable revenue growth in those geographies. He was also the Acting Kenya Country Manager during the same period.

His last role before being appointed as General Manager of Microsoft Turkey, was General Manager, MEA OEM between 2012 and 2015 where he managed Original Equipment Manufacturers (OEM) business in Microsoft Middle East and Africa with end to end P&L responsibility to drive the pre-installation and channel distribution of Microsoft software across all forms of consumer and commercial devices including PCs, Servers, Mobile Phones, and Consumer Electronics with a regional coverage for the entire OEM ecosystem.

Since September 1st, 2015, Murat Kansu is the General Manager of Microsoft Turkey. He has 26 years of experience in IT sector and prior to Microsoft, Kansu was in charge of HP worldwide Financial Services Industry (FSI) marketing team responsible for market segmentation, solution creation, solution positioning, go-to-market strategies, competitive analysis, field training, creating field sales tools, PR and analyst relations, events and trade shows for a $4Bn business. He formed and managed the new FSI worldwide marketing organization during and after the HP-Compaq merger and executed actions to reduce cost and increase productivity such as organizational restructuring and headcount reductions for the targeted growth.

Being an active member of Worldwide Marketing Council, Kansu managed a worldwide marketing budget to generate maximum return on investment and established worldwide marketing programs and priorities and has executed them in close cooperation with regional and subsidiary marketing teams. He developed regional programs to increase revenue in SMB segment.

He also established HP Central and Eastern Europe Middle East and Africa regional industry marketing team and set objectives and measures to grow the solution funnel in the region.

Prior to that he had started Financial Industry business in HP Turkey and brought it to a market leader level with strong sales execution and by building a high performing sales team.